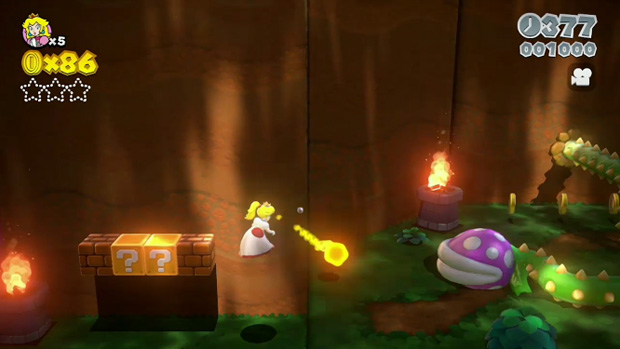 And Bowser has a pimp ride

In this morning’s Nintendo Direct, CEO Satoru Iwata revealed a whole bunch of new abilities for Mario and crew in the upcoming Wii U platformer. By picking up a cherry, you can clone your character several times. Kuribo’s Shoe is back, and it can be used to skate on ice, and you’ll also be able to wear costumes to disguise yourself as Goombas or carry Piranha Plant pots to have them attack enemies for you.

Tied into the game is a pair of Mario and Luigi-themed Wii Remote Pluses, which will release on November 1. Look forward to that.

Super Mario 3D World has been marked for November 22. Get your scratching posts ready!