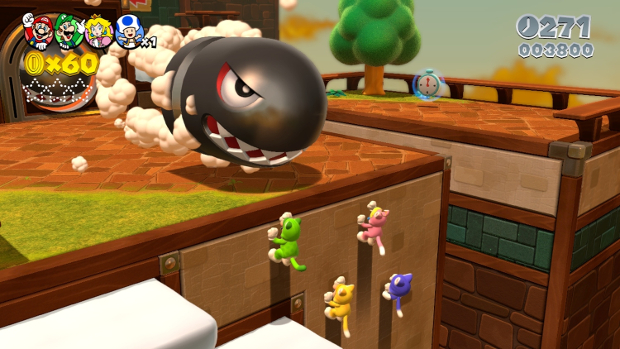 Our instincts make us want cats

Here’s what I think happened: Nintendo was planning on leaving a lot of room for third parties to take the spotlight on the Wii U, as they often complain that Nintendo gobble up all the game sales on their own consoles. Then third parties looked at the Wii U install base and said “nope,” so Nintendo had to act fast to try to pick up the slack.

Mario 2 in 3D with multiplayer and with cats didn’t blow my mind with it’s ingenuity or innovative gameplay mechanics, but it made me pretty darn happy, and that’s more than enough.