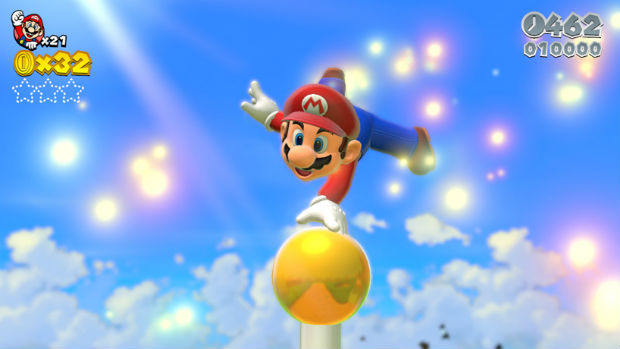 Easily one of the best in terms of 3D Marios

While playing Super Mario 3D World last week to uncover its final secrets, I realized something — it’s perfect for speedrunning. Not only is the map compact enough to make it work, but the levels themselves are built for it — especially the vertical stages that are created around the Cat Suit.

But then I started to think outside the box. Given the multiplayer element, 3D World also has a unique “team” speedrunning opportunity. When playing it with my good friend who also happens to be a Mario fan, we found that playing in tandem with one another was very conducive to some fast completion times. With four players running about it can get a bit hectic, but two seems “just right” for completing a level without a fuss.

If you’re looking for ways to extend your game because you can’t afford multiple releases, speedrunning is a great method. Get together with a friend and go head-to-head with them for fun, and you’ll discover new ways to approach the level, and platform games in general. Right now, I’m looking at a way to setup a 2v2 3D World race — because sometimes, thinking beyond the standard rules of the game can yield some of the best gaming experiences I’ve ever had. Try getting together with a few Mario fans and hosting a race of your own, possibly with house rules that outlaw certain power-ups to level the playing field.

As an added tip for those of you who want to try speedrunning, long jumps (ducking then jumping) are faster than dashing, and Toad is the fastest character in the game — but Peach’s ability to hover over gaps can create shortcuts in a few stages that cut down clear time considerably.