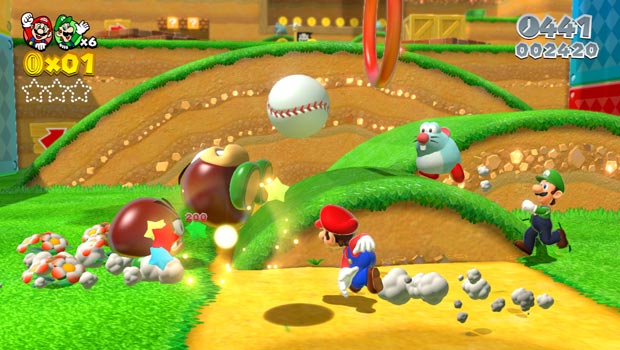 The emphasis is on a big-band jazz style

The Super Mario Galaxy soundtracks feature some of the best Mario music of all time. That’s in part thanks to the majestic atmosphere generated by the live symphony orchestra they recorded for those games. The recent New Super Mario Bros. titles featured rehashed tunes that use a more synthy approach.

“There are naturally a lot of tracks performed live,” Yokota said. “We’re arranging the music with a big-band feel, taking advantage of a full horn section with trumpets and saxophones.”

This makes me recall the grand first stage music from Super Mario 64, and definitely has me excited. How about you? Are you with me in hoping and praying that the soundtrack will make its way into the Club Nintendo catalog?