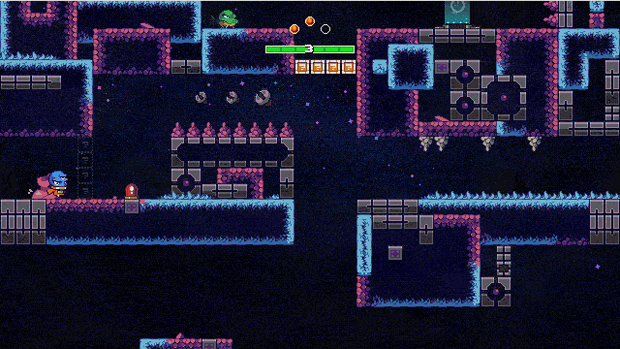 Games like Super III remind me that, no, I haven’t had enough pixel-art platformers yet and probably never will.

As you’ll see in the video above or .gifs on Kickstarter, the main mechanic here is protagonist III’s ability to teleport over obstacles, through enemies, or even around to the other side of the game screen — it wraps. That combined with wall jumping and vertical environments means there’s going to be some tough platforming to overcome. Also, puzzles and even boss fights.

Super III has a mission structure based on Super Mario 64, which is to say there’s an overworld with portals and levels themselves have multiple objectives, some secret.

Super 91 Studios may be a young team — this is its first commercial game — but what’s shown on Kickstarter has me feeling sufficiently confident. If you’re digging it as much as I am but don’t want to contribute a pledge, you can still help out by voting for Super III on Steam Greenlight.