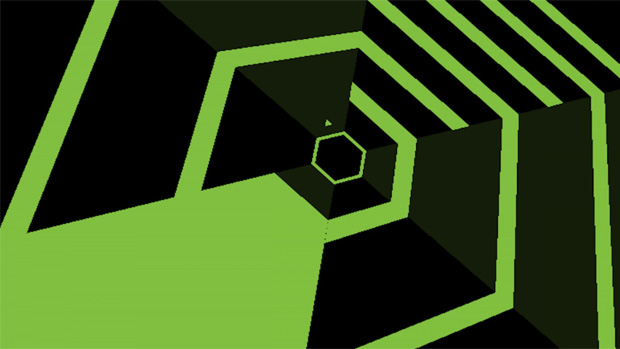 Discounted by a third in introductory offer

Many of us at Destructoid experienced varying levels of obsession with Terry Cavanaugh’s Super Hexagon when it released on iOS earlier this year. Now that burning sensation threatens to flare up again with the arrival of the minimalist tunnel-running game on Steam. Making it easier to dive in is the introductory price of $2, which you may avail yourself of until December 4.

I snagged it and while I admit that I spent a good fifteen minutes trying to get my skills back, it feels the slightest bit less compelling on the PC. I think this is because, as there is a keyboard, it’s possible to designate a key to start the game (in this case, the spacebar). More important, the separate key is also used to restart the game, making the action of starting the game over feel more like a conscious decision the player is making to continue than simply hitting the same surface used to play the game.

It’s easier to quit, is what I’m getting at. You don’t accidentally start a new game of Super Hexagon on the PC, and I miss that aspect of the iOS version. That said, if you haven’t had a chance to enjoy the game yet, it looks and sounds great and controls just as precisely as ever and you won’t know what you’re missing if you never played it on a tablet. Check out its Steam product page.