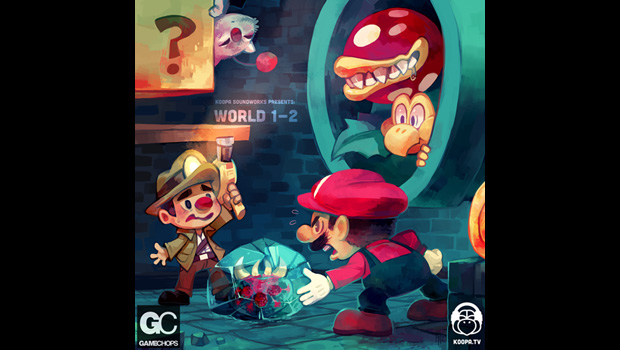 A couple weeks ago, Jayson Napolitano buzzed a gusher about World 1-2, a landmark music project organized by Mohammed Taher’s Koopa Soundworks and Dj CUTMAN’s GameChops net labels. They gathered some of the best music talents throughout game history, from the NES era through to the modern indie scene. The full album has been released a day earlier than expected, so go snag it off Bandcamp or Loudr for $10 or iTunes for $11.99 (fuggin’ Apple tax).

World 1-2‘s 20 tracks span all manner of genres and consist of original numbers as well as game arrangements, sourcing titles like Metroid Prime, Superbrothers: Sword & Sworcery EP, Super Mario World, Dear Esther, Tetris, and the Famicom-only Captain Tsubasa II, curiously enough. No doubt you’ll find something to enjoy in this fine spread. If you can’t, then you simply hate music.