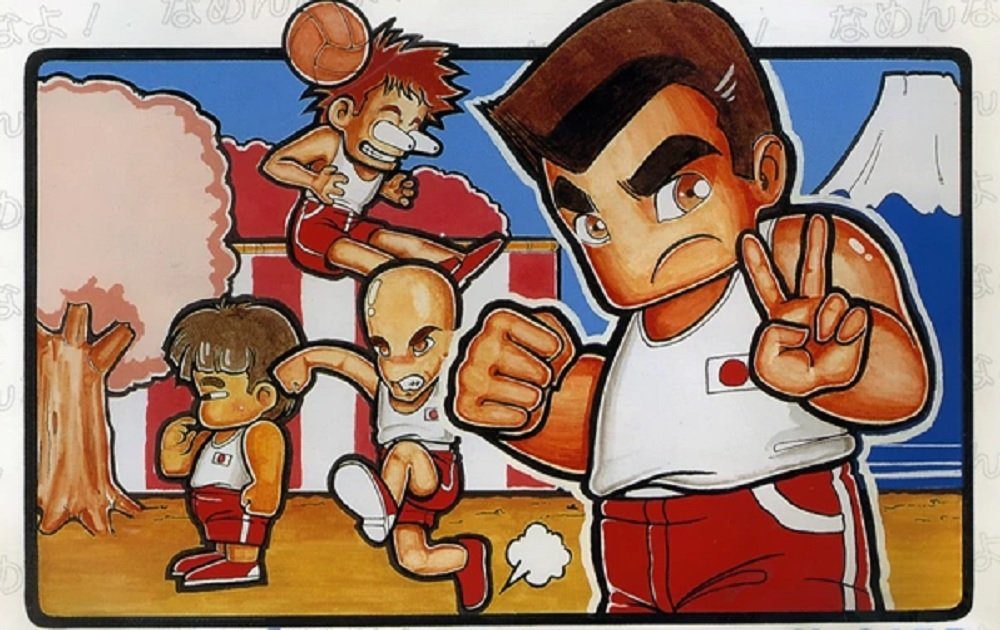 Released by Technos Japan in 1987, Super Dodge Ball was the first sequel to street brawler Nekketsu KÅha Kunio-kun (Renegade), and sees the hot-blooded high-school kid buddy up with some friends, literally half his size, for an inter-school dodge ball tournament – a natural career progression from fighting local biker gangs down by the docks.

Players must eliminate the opposing team members by blasting them with the ball, while avoiding any return throws. Of note, any players who are struck by the ball turn into angels, somewhat suggesting that the impact has KILLED THEM. This is why sports are dangerous and you shouldn’t play them.

While Super Dodge Ball would eventually be ported to the NES, and would also see a Neo-Geo remake/sequel, this Arcade Archives release is the original arcade edition. It is also worth noting that Super Dodge Ball is included in Arc System Works’ Double Dragon & Kunio-kun Retro Brawler Bundle.

Super Dodge Ball is available to download now on Nintendo Switch, priced at $8. It has been previously been made available on PS4.