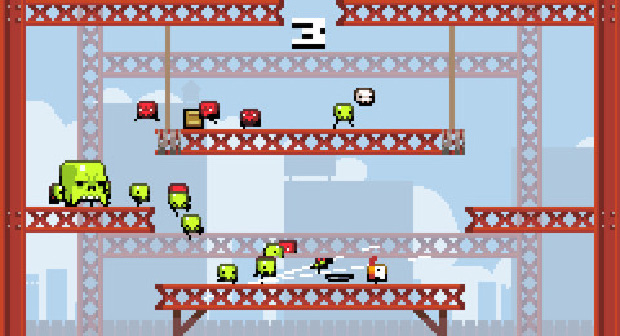 It’s somehow been two years since Vlambeer released Super Crate Box for PC. I distinctly remember Conrad getting obsessed with the minimalistic arcade game for a good long time and eventually causing me to get all wrapped up in it as well. Damn that disc gun!

Back then, we couldn’t believe Super Crate Box didn’t cost anything to download. Today, of course, some of the later versions have a price tag. If you were holding off on getting the iOS version of the game, know that it’s free today to celebrate the anniversary. It’s a particularly good fit for the platform given its rapid-fire gameplay, even if you might not achieve those same high scores you would elsewhere.

In related news, Vlambeer has announced that SBC is coming to the Commodore 64 in December — and it holds up surprisingly well, at least visually; take a look at some footage embedded below, if you’re curious. Jonathan tells me that McPixel is similarly getting a C64 release, because sure, why not? Everyone’s doing it!