Super Bomberman R came out of nowhere during the Nintendo Switch reveal event, after the legendary mascot had been sidelined for over half a decade. Headlined by Konami and HexaDrive (who typically works on ports, like Rez HD or Snake Eater 3D), this $50 game sports a 50-stage campaign and support for up to eight players.

But if online play doesn’t take off, you’ll need a way to tap into its full multiplayer potential at home. 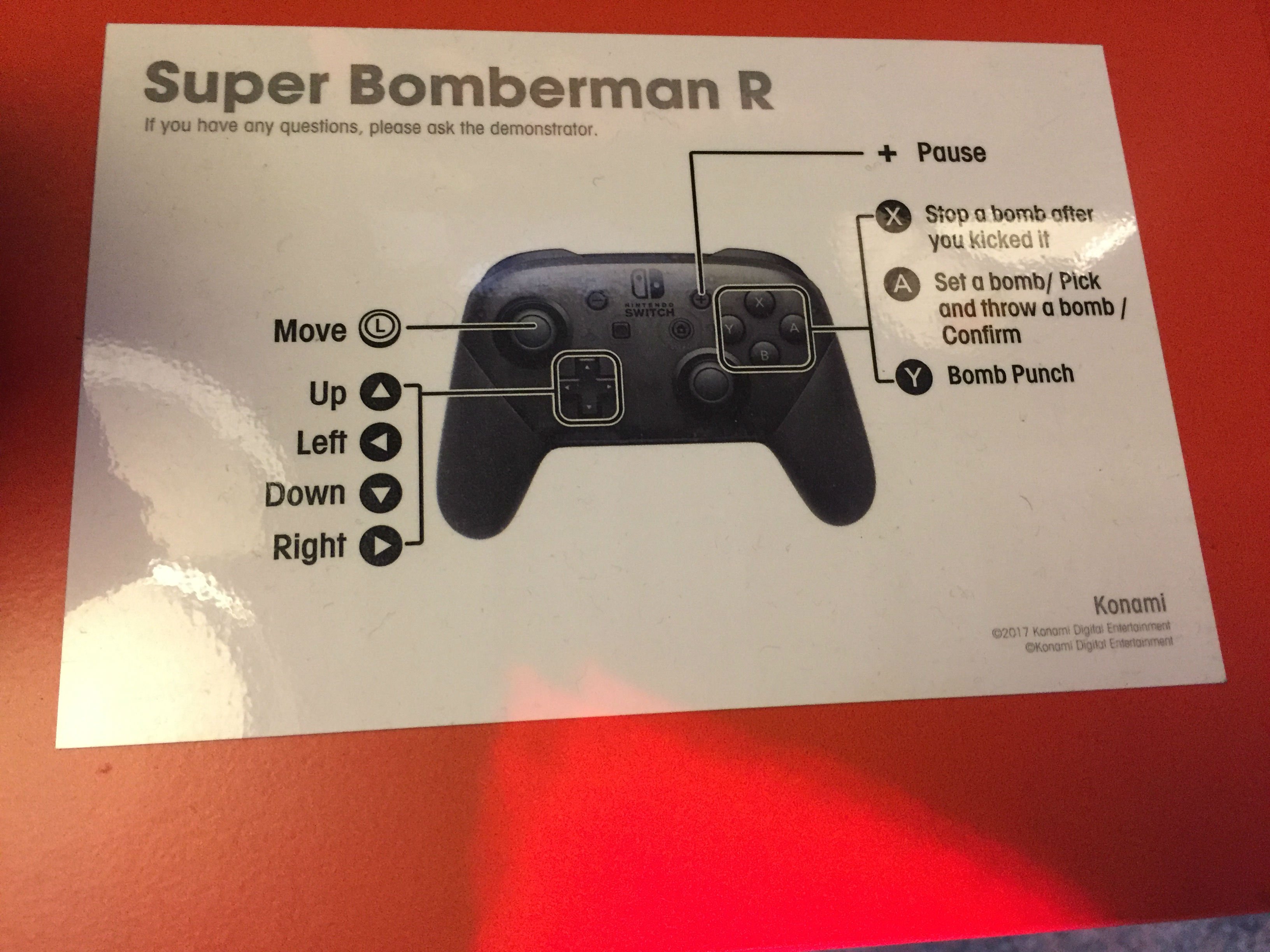 First off, if you want to run your own local session, you’ll need to scrape together eight controllers. Your Switch actually comes with two — as single Joy-Con can be used for two separate people — but for the other six you’ll either have to find more Joy-Con or more $70 Pro Controllers. Campaign co-op (which wasn’t on offer at the event) is limited to two players.

I was surprised at how well the single Joy-Con controls, even with my big hands. It helps that Bomberman is so simple, with its “set bomb” button, and occasionally, kick/punch buttons, but it wasn’t uncomfortable to use and I had no sensation of cramping even after 20 minutes with it. It’s obvious that a lot of retro-themed games are perfect for it, including Sonic Mania (modeled after the old 2D style) and Mario Kart 8 Deluxe (which essentially controls just like every other classic Mario Kart since the SNES).

I enjoyed my time with Super Bomberman R, but I wasn’t overly excited playing it even with the lengthy hiatus since my last fix. The art style is a little washed out and lacked detail, especially on the character models. The art and menus were pristine, with crystal-clear coloring, but the in-game engine itself felt indistinguishable from, say, systems that were out 10 years ago.

Although it’s a pre-release build, multiplayer doesn’t look super customizable. You can set the max player count (and bots), change the time and amount of rounds, alter starting positions, and turn off special blocks, skulls, and revenge carts (if you die you go on the outskirts, and can return after killing someone — a staple of recent iterations).

Still, it’s Bomberman. If you want to get more competitive you can turn revenge carts off, or you can go for an eight-player bash with all sorts of twists and turns and silliness. The core of blasting each other into bits still holds up, it just doesn’t feel like a must-buy Switch title at the moment.