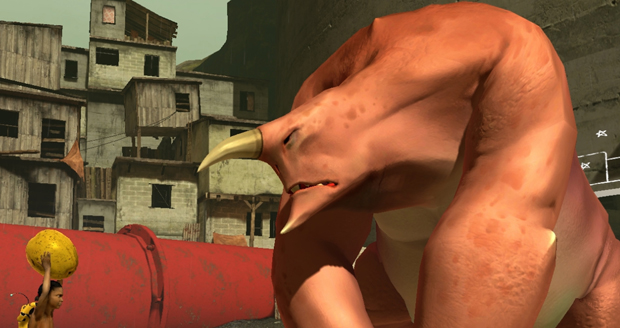 This week on Sup, Holmes? we welcome former EA developer and current Minority Media Inc. creative director Vander Caballero to the program. Vander’s first game with Minority, Papo & Yo, bravely takes on issues that most other developers would shy away from. We live in a time when our mainstream culture still sees videogames as the stuff of children’s fantasies, not appropriate for dealing with serious issues. Vander and his team made a game about the fantasies of a child who is processing some very serious issues, including coping with the addiction of a caregiver. It’s a subtle, subversive, beautiful, and affecting game that’s well worth talking about.

We’ll be discussing the game at length while touching on Vander’s past work at EA (including Army of Two), what he makes of the current call from certain high profile developers for games to be less violent, his thoughts on the current depiction of minorities in games, and much more. Join us on Sunday at 1pm PST/4pm EST. It’s going to be a hot one.