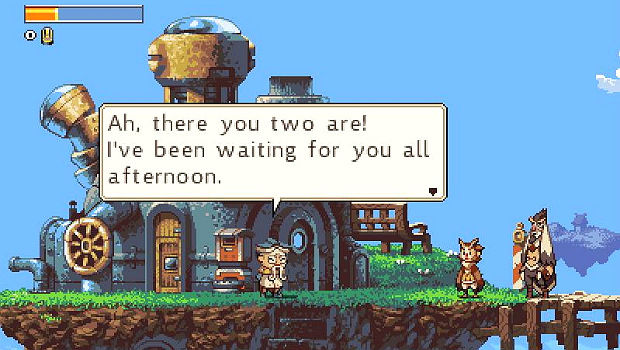 [Update: Show’s over folks! Thanks to everyone who tuned in live. The rerun should be up in the usual spot in the next couple of days. In the meantime, he’s an April Fools trailer Simon worked on for Mega Man X9 a few years back. It’s pretty darn fun.]

Today on Sup Holmes we’re lucky to have Simon “Snakepixel” Anderson from D-Pad Studios on the show. Simon’s probably most well known for Owlboy, the beautiful, long-in-development action adventure title, though he’s also worked on a lot of more recent titles, like the rhythm-action shooter Savant Ascent. He’s also’s know for his amazing fan art, including this Mighty Number 9 piece and these mock-ups for theoretical new entries in the Rescue Rangers and Wario Land series.

We’ll be talking about how he got in the industry, what he’d do with the Mega Man X franchise if Capcom were to give him the job, what’s up with Owlboy, and a lot more. The show starts at 4pm EST, so be sure to drop in and say hello!