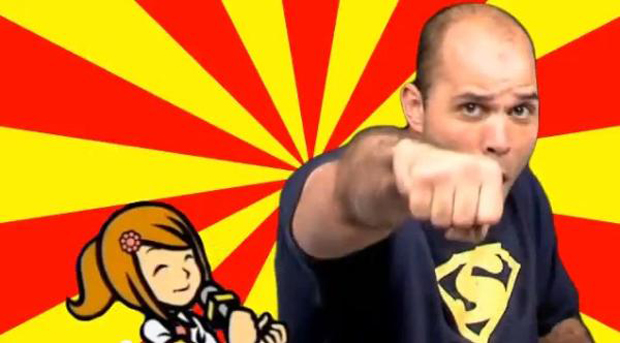 Well, that’s the plan anyway. I’ve never done a live stream show before, so it could all go to sh*t at any time, but we’re going to go for it anyway. This video was actually supposed to go up yesterday, but that got goofed. Things are already messed up! I can only imagine what other flubs and blunders may happen next.

So yeah, Sup Holmes premieres tomorrow (Sunday, Feb. 5th) on Twitch.tv/dtoid and here on Dtoid.com at 1pm PST/4PM EST. It’s a live stream talk show and podcast about videogames. It should last about 50 minutes, and it could be great. We’re starting of the series with special guest Tyrone Rodriguez, CEO of Nicalis (Cave Story+,  VVVVVV 3DS, Night Sky) and former writer for Tips & Tricks magazine. We’ll be talking about the good and bad of “videogame journalism” today, from the perspective of game players, developers, and press.  Jump in the chat and ask us questions, or send a written, video, or audio-style query to [email protected]

Lets be friends and talk about videogames together on my new dumb show!