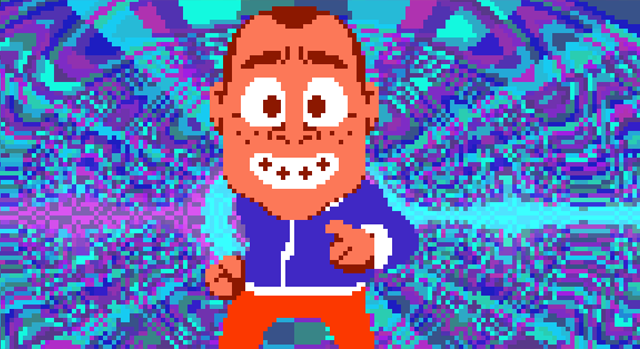 Lets watch the Holmesball drop… together

The Sup Holmes kickstarter is less than 60 hours away from completion and we’ve almost prestigued 3 times already. Thank you so much! We’re going to stretch that funding towards creating as many extras as we can. There’s a lot in the planning stages at the moment, including a new show with Caitlin Cooke, a new show with Samus and Sagat, a new intro song by Jake “Virt” Kaufman, and a load of other sweet surprises. That’s all on top of the additional 50 episodes that we’ve committed to doing on top of the initial proposed season 3.

In case you missed it, we’ve also got the announcement that Gordon Midwood of Different Cloth/Different Tuna is offering a code for Derrick the Deathfin on Mac/PC to anyone that backs at the $20 level. That’s on top of the Steam code for Retro City Rampage and the weird comic book that I’m going to draw for backers at the $15 level! So many things!

And on top that, James Montanga has created a free game for all to love called Holmesball 64! It’s like a cross between Pong, Bit.Trip CORE, and a conversation. It’s so great. I love it a lot. And on top of even all that is a free digital toy/app/thing by Mike Lambert (Binding of Isaac Rebirth, Cave Story 3D, 1001 Spikes) that simulates what it’s like to stare into my face and make the face do things while the body dances forever. My life is great and I wish I could make you all feel great too.