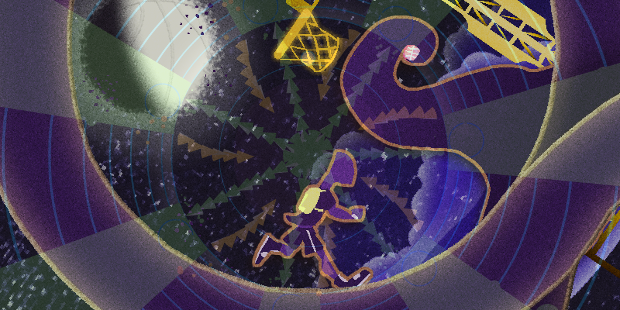 Today on Sup Holmes we kick off Adult Swimember with Soundodger+ and Basketbelle‘s Michael Mollinari. Rumor has it that Michael also on the iOS version of Bit.Trip BEAT, which is one of my favorite games ever.

Michael’s relatively new to the game development scene, but between Soundodger+‘s illustrious soundtrack (including artists like Disasterpeace, Austin Wintory, and DannyB) and Basketbelle‘s genre defying mash up of sports-game mechanics and dream like visuals and scenarios, there plenty of reason to keep a close eye on him. Join us at 1pm PST/4pm EST for the whole shebang.