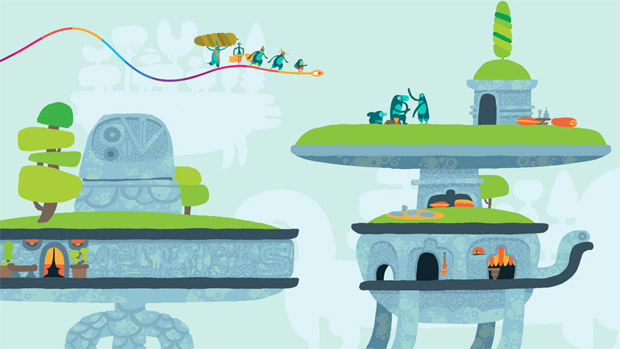 This week on Sup, Holmes? we welcome Rich Hogg, artist and designer on Hohokum and Frobisher Says to the program. One of my favorite things about Sony is that they make a point to release a new flat, cute, colorful, videogame every few years. It started with Parappa the Rapper and UmJammer Lammy on the PS1, continued with Loco Roco and Patapon on the PSP, and now, Mr Hogg is helping to carry that torch with Hohokum. If Conan O’Brien liked it, then it has to be good.

We’ll be talking to Mr. Hogg about his new game, his prior PS Vita title Frobisher Says, his start in game development, where he thinks Sony and weird flat games stand in today’s gaming landscape, and a lot more. Join us at 1pm PSt/4pm EST