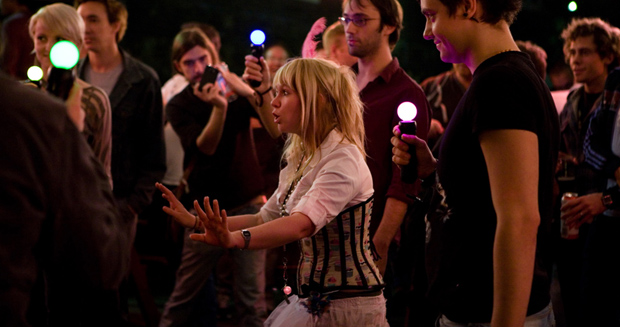 We’ve been doing Sup, Holmes for about 9 months now, and barely a week goes by that one of our guests doesn’t bring up Die Gute Fabrik‘s Johann Sebastian Joust. The competitive, non-video videogame has slowly become a Call of Duty-style cultural touchstone for game developers. Everyone who makes games seems to be playing it, despite the fact that it hasn’t been commercially released yet. In fact, it may never see commercial release, unless the Sportsfriends Kickstarter (which includes J.S. Joust and 3 other excellent local multi-player games) makes it’s funding quota. Scary!

We’ll be talking with Die Gute Fabrik’s Douglas Wilson about the inspirations behind J.S. Joust, other excellent Die Gute Fabrik titles like Where-Is-My-Heart?, the recent push among smaller developers to take the local multi-player experience in exciting new directions, My Neighbor Totoro, and much more. Join us at 1pm PST/4pm EST for some serious beard face friendship and game development chat!