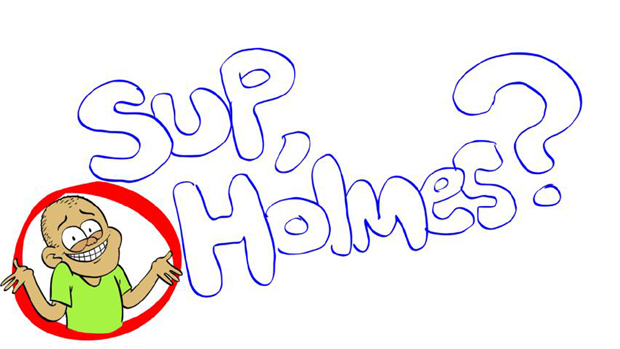 [Destructoid’s Director of Communications Hamza Aziz asked Jonathan Holmes to make a show called ‘Sup Holmes?‘ so that Destructoid could later sell a t-shirt that says ‘Sup Holmes?’ on it. This is that show. Missed the live recording? The full episode is above. Download the audio-only podcast version of this episode or subscribe to the podcast feed. Find more episodes here.]

Sup Holmes? is set to go live at 1pm PST/4pm EST with another off the cuff hour of talk with awesome videogame developers about the big issues in gaming today. This week we have Mike Roush and Alex Neuse of Gaijin Games (Bit.Trip series) joining us to discuss reinvention in game development. How do you properly reinvent a classic game series or game console? We’ll be talking about Metal Gear Rising: Revengeance, Resident Evil 6, Call of Duty, the PS Vita, the 3DS, and the Wii U all at some point. Seeing as these guys are currently in the posession of a Wii U dev kit, they may have some inside perspective on what makes the Wii U a worthy (or not so worthy) reinvention of Nintendo’s controversial but undeniably successful home console.

One last thing! Past show are also available in Podcast form! Here it is!