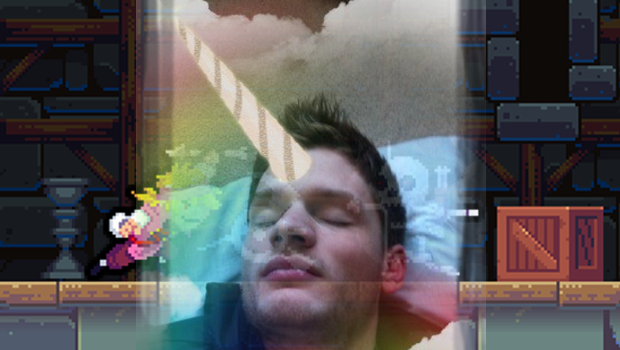 This Sunday on Sup Holmes we have up and coming game development veteran Matt Thorson on the program. Matt created the Ouya exclusive launch title Towerfall — a one hit kill, bow and arrow 2D arena combat game. A lot of people have taken to calling the Ouya the “Towerfall box”, as the game is so compelling that many don’t feel the need to play anything else on the console.

Before Towerfall, Matt created a slew of other games, including the Jumper series, Runman, and the Adult Swim favorites Give Up Robot 1 and 2. You can play them for free right now. It’s a great way to get warmed up for today’s show, (gazes deeply into your eyes, furrowing brow) which you will watch live as it happens.

We’ll be talking to Matt about how he got into development, working with Ouya and Adult Swim games, his plans for Towerfall on PC (and maybe consoles), where he thinks this whole “videogames” thing is going, and whatever else he wants to talk about. Join us at 1pm PST/4pm EST for the whole shebang!