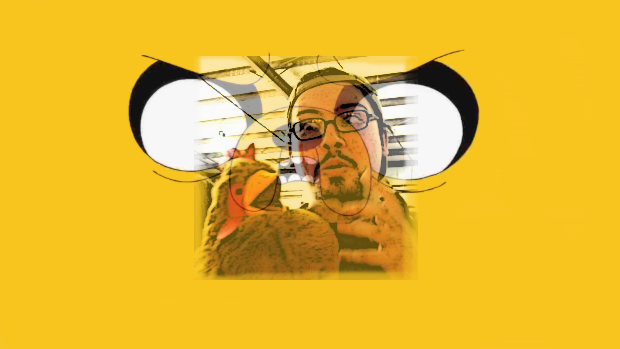 WayForgust continues with composer extraordinaire Jake “Virt” Kaufman. Jake’s most recently released project is Ducktales: Remastered, but you may be more familiar with his past work on Q*bert (2000). Contra 4, Retro City Rampage, Adventure Time: HIKWYSOG, Shovel Knight, David Beckham Soccer, DickHand, or one of the many other games he’s helped bring to life over the past +10 years. Jake’s also well known in the live game music scene. If you’re going to PAX next week, you may have the opportunity to see him him in concert. I highly recommend it.

We’ll be talking to Jake about what it’s like to be the John Williams to WayForwar’ds Steven Spielberg, the music that’s meant the most to him in his life, the way sound and music works differently in games than in other media, the recent rise as game composers as underground rock starts, and a lot more. Join us at 1pm PST/4pm EST for the full sound explosion.