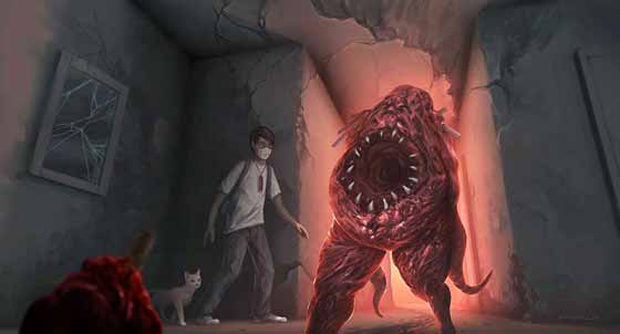 The last time we had Jasper Byrne on Sup Holmes, he had just released his critically acclaimed survival horror title Lone Survivor. Like his Silent Hill 2 remake Soundless Mountain II, Jasper made Lone Survivor largely on his own. Unlike Soundless Mountain II, Lone Survivor was that you could pay for, which was something Jasper was not used to. The transition from being a freeware developer to a for-profit indie brings brings with it some interesting psychological challenges.

Now Lone Survivor is headed to the PS3 and the PS Vita, which likely to be just as scary and exciting (for both Jasper and the players) as the game’s initial release on PC was. Jasper’s been hard at work on the new version of the game, adding new content and working to make the transition to consoles as smooth as possible. Plus he’s working on a new game that takes cues from The Legend of Zelda, Monster Hunter, and Dark Souls called… New Game+. I imagine he’s pretty busy.

We’ll be talking to Jasper about all that, as well as subjects we didn’t have the time to fully delve into last time (like the representation of psychiatric symptoms in videogame characters), and whatever else comes up. Join us at 1pm PST/4pm EST in the live stream chat below!