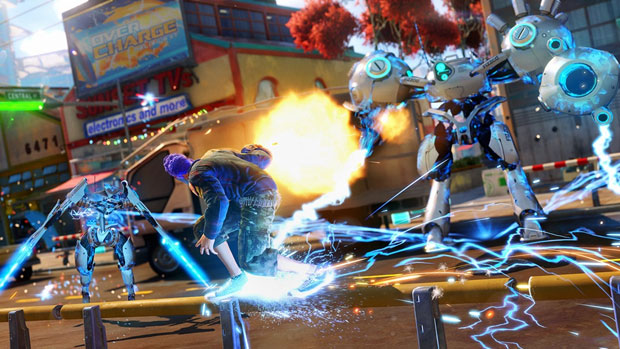 I’m not in the market for season passes, but I still like to look just to see what DLC is lined up. In the case of Sunset Overdrive, Insomniac plans to release two campaign add-ons with “new locations to explore, stories to experience, and bosses to battle” and a weapon pack.

There’s also a bonus pack with six outfits, two Amps, and two Traps which will be available at launch. The game’s season pass covers all of this content for $19.99, amounting to a standard 20 percent discount versus buying the same stuff individually.

Also, if you haven’t been keeping up with Sunset — I hadn’t been looking too closely — here’s a refresher: Amps are special character abilities and Traps are meant for defense missions, like those found in Chaos Squad, the title’s eight-player online co-op mode. Hope that helps.