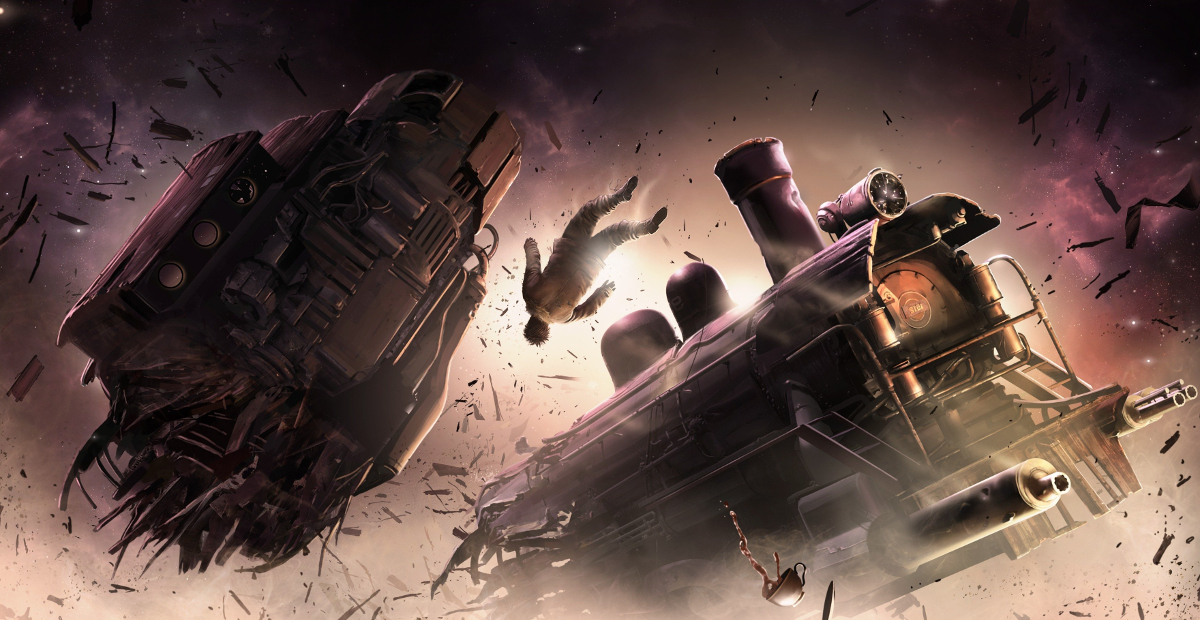 Take to the skies from your dining room table

In the lead-up to their full launch early next year, Failbetter Games has released a pen and paper RPG companion to Sunless Skies and best of all it is free! Skyfarer is meant to help acquaint players with the neo-gothic theme and feel of Sunless Skies and designed by industry veterans Grant Howitt and Chris Taylor, both of Rowan, Rook, and Deckard.

Skyfarer requires a d3, a d6, and a d10 and at least two players but it is suggested that you have five people playing, gamesmaster included. The basic idea is that the gamesmaster is an incapacitated sky captain, and all of the other players are crew members on the captain’s steam-powered ship making its way through the vast emptiness of space. The mission? It’s all up to the gamemaster to decide but the document gives a few examples that you can use.

The crew members are all made by the players and have similar builds to those found in Sunless Sea. You get to define your occupation, personality qualities, and basic stats. The gamesmaster is in charge of all encounters and interactions with the crew as they attempt to finish their mission without their captain. Skill checks as expected are present as well as maintaining characters health through a “peril” system.

“Peril” works in a similar way to the terror system from Sunless Sea. If the player fails an encounter, depending on the difficulty of the encounter, they add peril which determines how much their failure affects their character. On the next failure, if the player rolls a failing roll that is below or equal to their character’s peril, that character is now in danger and cannot take any more actions without assistance from one of their crew mates. Depending on how evil the gamesmaster is, the player can make a new character or that player is out of the game for good. The choice is up to the captain!

The biggest thing that the guide suggests is that you come up with a basic idea at the beginning and then let the game roll as it comes, making the experience incredibly dynamic. My one problem with that is that it requires a vibrant and somewhat sociopathic mindset from the gamesmaster to keep the game interesting. I imagine if you get someone who is really evil directing your session the game will be tons of fun though.

Skyfarer is available for download at tabletopgaming.co.uk for free. Sunless Skies is currently in Early Access on Steam with full release date planned for January 31, 2019.