And maybe something more?

Before my time with Sundered, I knew little to nothing about the company, Thunder Lotus Games, or its newest title. It had previously released Jotun on Steam and this new game is looking to tackle the well-worn metroidvania style of action games. Mix in a little bit of randomization and some skill trees reminiscent of Rogue Legacy, and Sundered starts to sound a bit more interesting.

My short session started with William Dube, the creative director at Thunder Lotus, explaining some of the details for Sundered. As he put it, the game is a “horrifying fight for survival” with a strong emphasis on replayability. Most of the map is procedurally generated, save for a few key rooms, and your skill tree can only be upgraded upon death. 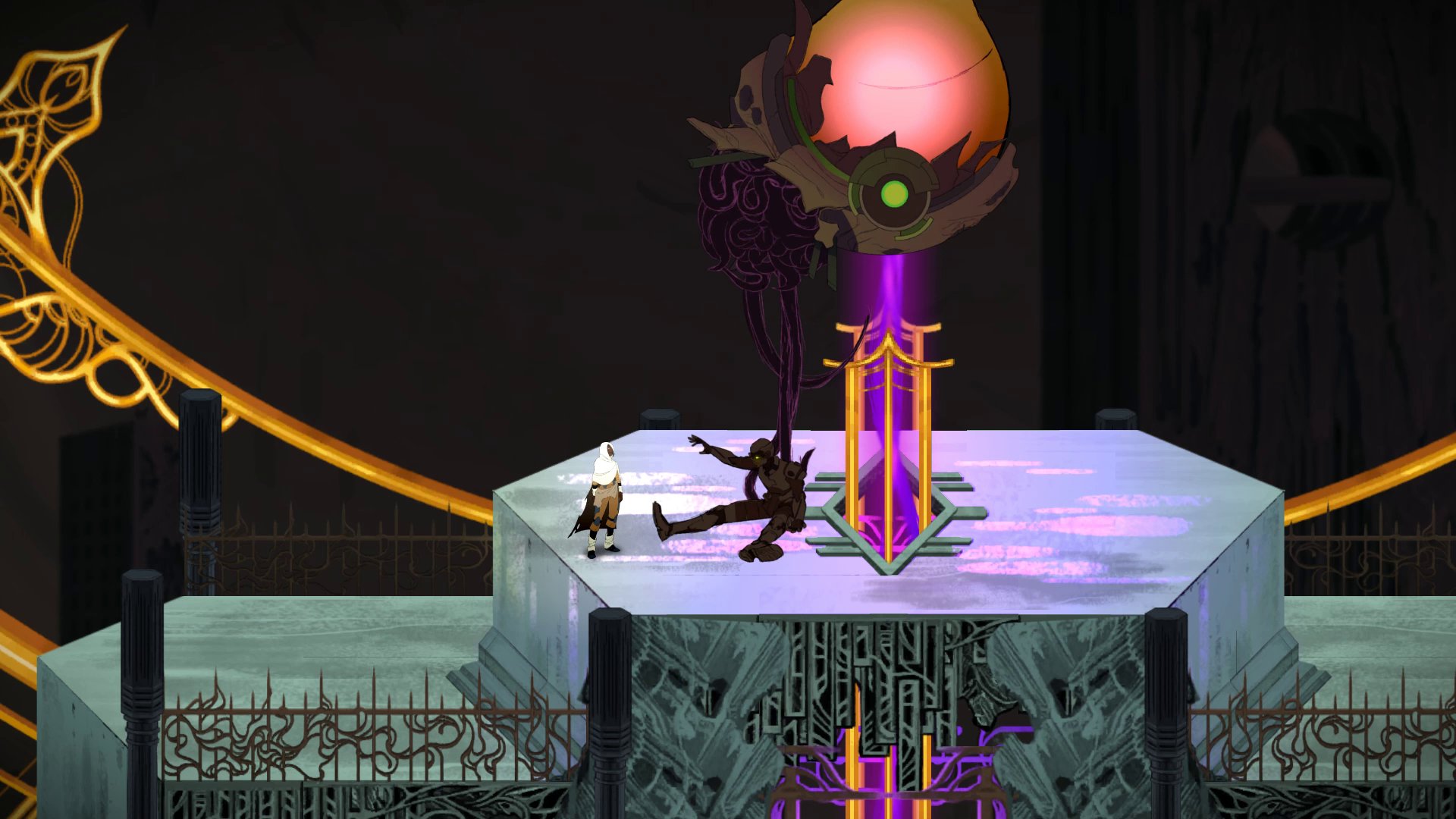 After that, I was let loose to explore the game on my own. We’re not talking Breath of the Wild style levels of freedom, but there aren’t any clear indicators for where to go and how to go about it. You need to wander around and explore the map until something happens.

Most of that something, in this demo at least, was combat. I had a few basic attacks, some “special” moves, and a gun. According to William, the skill tree allows you to “corrupt” your skills and unlock different trees for abilities, but the demo only had me attacking with Square, dodging with Circle, and using a larger swipe with Triangle. I also eventually unlocked a grappling hook, though its use was minimal.

Enemies are basically emergent events, having no set spawn points in any of the random generation. You’ll be exploring a bit and then suddenly face an onslaught of foes. There isn’t a lot of feedback when taking damage, be it audio or visual, but I also didn’t have too difficult a time surviving. 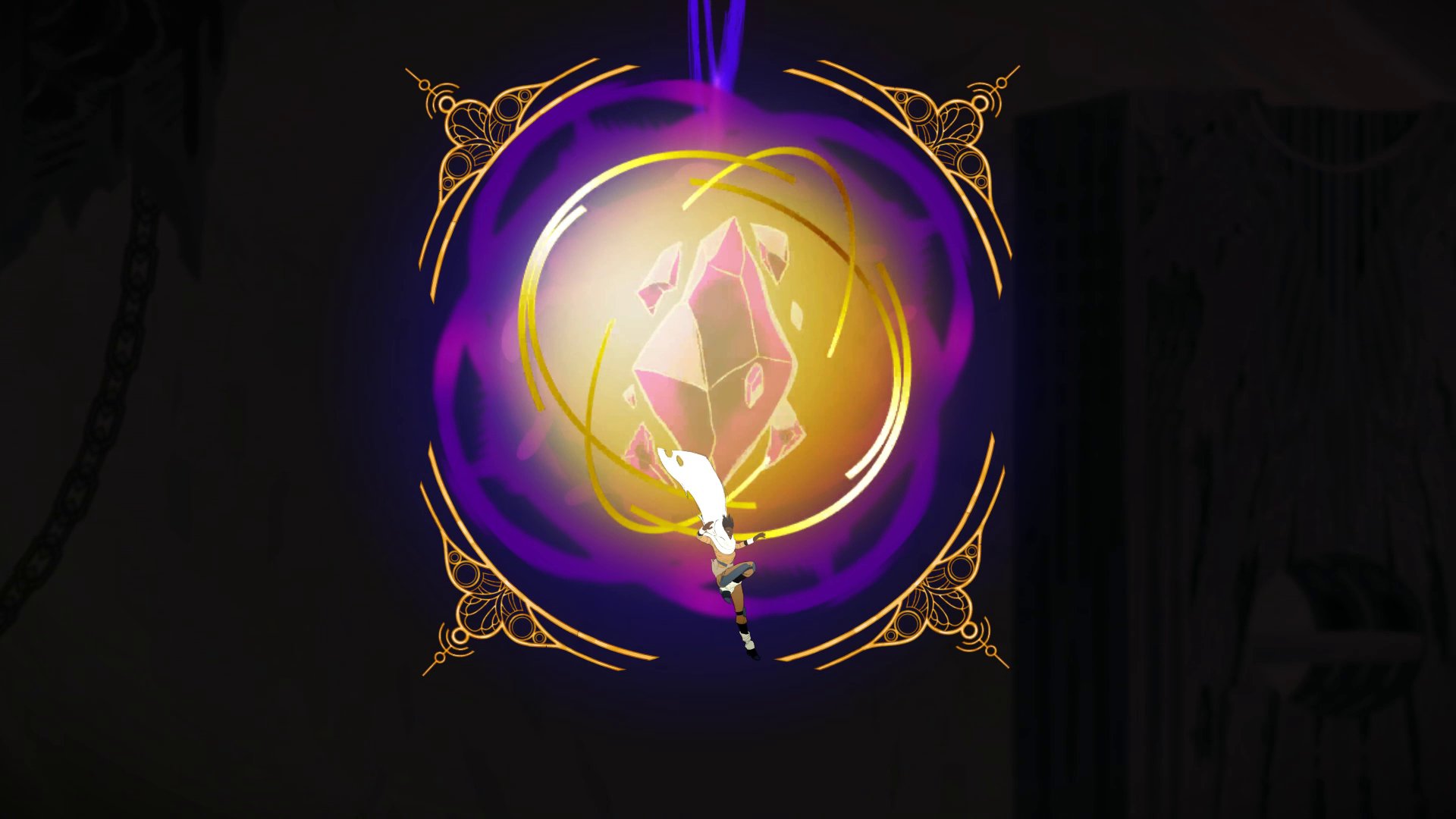 The demo was progressed to a decently far point in the campaign, so I probably had a huge handicap going in. Still, William kept reminding me to use my health potions which I didn’t even think was necessary. Even if I was taking damage, I usually had more than enough health to get out of a tough spot.

The most striking thing about the game is the visual style. Much like Thunder Lotus’ previous game, Sundered has completely hand-drawn art. As such, everything animates very smoothly. The monitor I was playing on was a bit low quality (all the colors were washed out), but as you can see from the screenshots in this post, the game has some nice use of bright colors. Most of it is definitely dark, though, for story purposes.

Sadly, I couldn’t make out much about the audio design. Either the volume was far too low or the headphones were on the fritz. I noticed a lot of popping and skipping, which didn’t give me any impression of how the atmosphere for the game is going to turn out. I’d imagine this to sound dreary and bleak, to fit the aesthetic style. 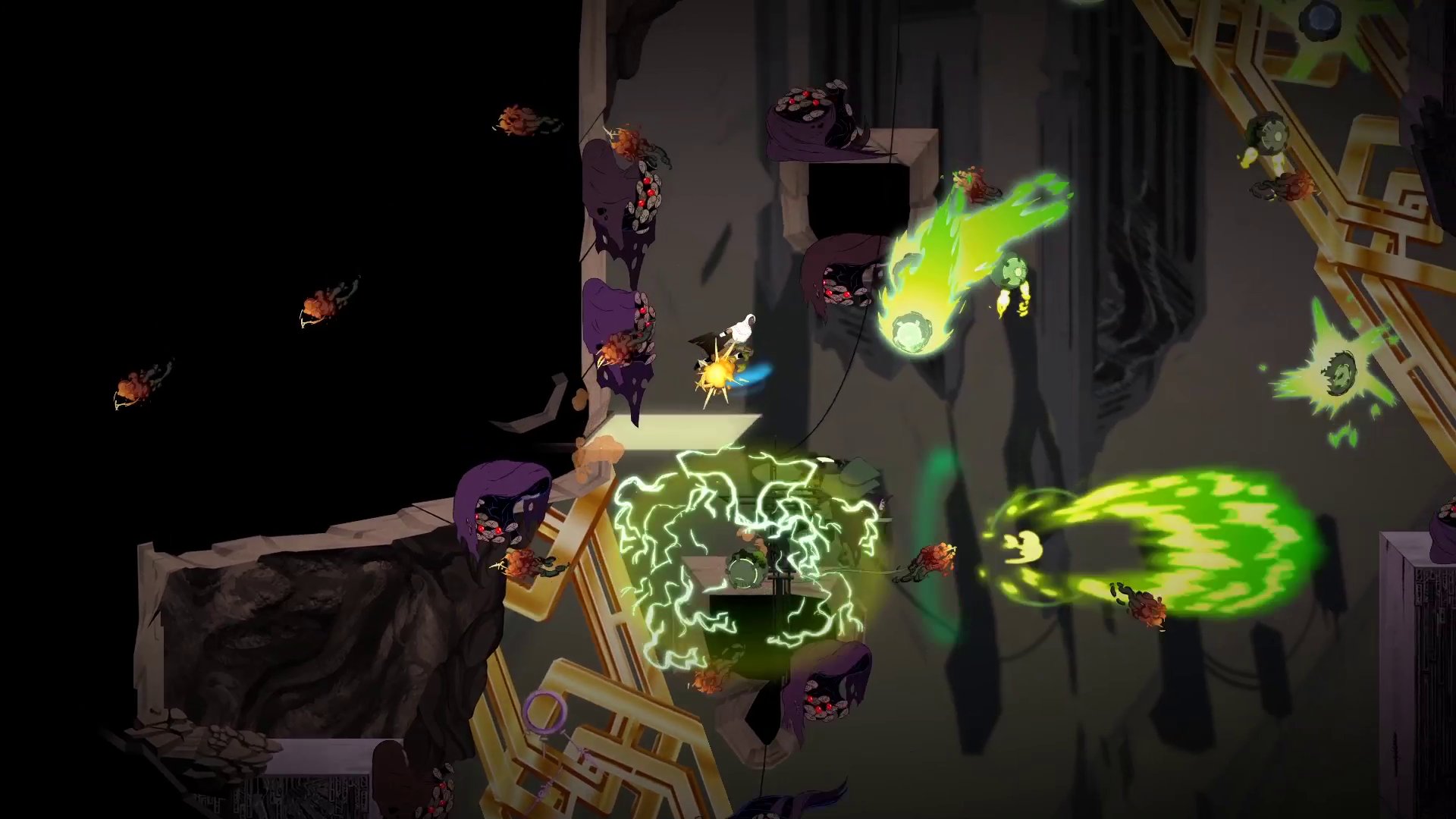 After about 10 minutes of fooling around, I reached a small cutscene that was signaling a boss and the demo was over. It wasn’t much to really make an impression from. I like some of the ideas William explained to me, but I didn’t feel like I truly got to experience Sundered.

Since I will be getting some more time in the near future, I’ll be sure to do a more in-depth preview for anyone interested by the premise. As it stands, I can’t really say one way or another whether Sundered is going to be something to keep on your radar. It certainly looks great, but the procedural aspect might lend itself to an ultimately shallow experience.

If you are still interested, Sundered will be heading to PC and PS4 this summer. I wasn’t given a price point, but I would imagine $15 from the looks of things.