CTZ: “Hello?”
Cher: “fat fat poo poo fat”
CTZ: “What’s that Sheir? You say your fat rolls have completely fussed to your bed and you can’t get out of your bed to work on your post?”
Cher: “chump chump moo”
CTZ: “Ya, sure, I’ll do Sunday Sidequests for you. You owe me a blow job.”
Cher: “…twinkie?”
CTZ: “…*hangs up phone*”

Yes, that’s right Destructoiders, yours truly, on top of having four other features on the site, has stepped in this week to cover Sheir in Sunday Sidequests (and when I say cover, I don’t mean physically. That’s impossible).

Jump in to witness several wonderful addicting flash games to waste what’s left of your weekend. 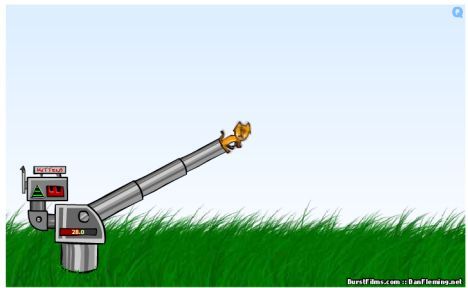 This game has always held a special place in my heart. When Sheir asked me to take over for today, this was the first game I thought of using. The premise is quite simple. Shoot a kitten out of a cannon. The rest is up to luck. As the kitty is flying through the air, you want it to either hit a missile, box of explosives or a trampolines to keep the kitty going as far as possible. If you hit the spikes or the piranha plant, game over. 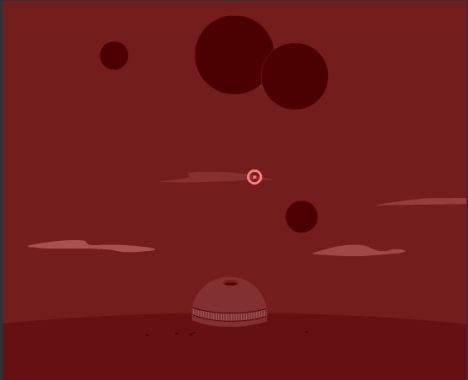 Red is basically your new age Missile Command type game. You got your base, and have to shoot … red beach balls basically. They’re supposed to be asteroids, but the way the move and sound even, they seem like beach balls. It’s a good game to waste ten minutes on. You have your regular laser, your overcharged laser, and about three power ups you can gain. Really, my favorite part of the game was the music. I’d love to jack hammer a girl to that kind of music. Word of warning, when you have all the power ups and a ton of beach balls heading your way, it’s going to lag crazier than Tom Cruise on Opera’s couch (a played out 2006 joke?!?! YA RLY!)

This game has to be easily one of the best flash games I played, graphic wise. Tank Ball is an MMOTST; Massive Multiplayer Online Tank Shooting Thingy. Like it? I just made it up. You get a tank, pick a color, and go shoot the sh*t out of your rivals. I never got the same number twice, but I think up to ten people can battle it out at one time. I’m rather surprised at how well the game looks. The arena is a fairly decent size, the tanks have good detail to them, and theirs a lot of design in the battlefield. You can also talk to other people playing the game. But unless you have three arms, it’s kinda pointless to use it.

Lightning Round: Other stuff that might tickle your fancy!

Babe Vs Babe: Pick the hottest chick, not very flashy, unless you imagine them flashing you!

Mario Tetris: It’s what Tetris would have looked like if Miyamoto had a baby with Alex Pajitnov.

That’s it for me this week. This was actually pretty fun to do so expect me to make a cameo again in the future. If you find anything across your journey on the Internet and think we should feature it, then drop us an email.