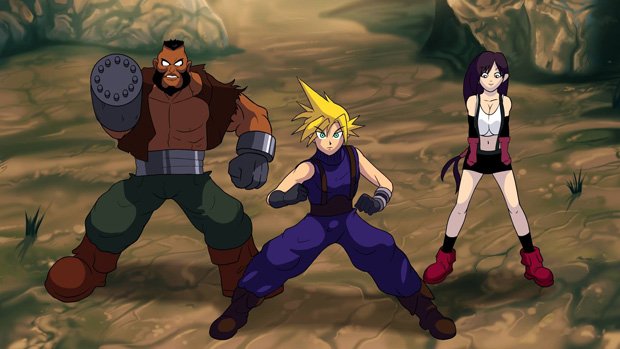 It’s Sunday, so why not end (start?) the week with a laugh. Featured this week is Oney Cartoon’s latest parody titled “Pointy Bits.” It starts off a little crude, but for the most part nails some of the game’s more tedious encounters.

Personally I never drank the Final Fantasy VII Kool-Aid back in the day, as I was busy reveling in my Panzer Dragoon Saga (it’s the best RPG of the 32-bit era), but it still didn’t stop me from knowing practically everything about the game.

For instance, I’ll never forget when one of my friends spoiled a certain death scene to another, and by extension me. It’s probably the one time I’ve never cared about spoilers, since it was a good ten years later when I finally beat the game on my own, but man do those two friends still hold a grudge for that one bombshell.