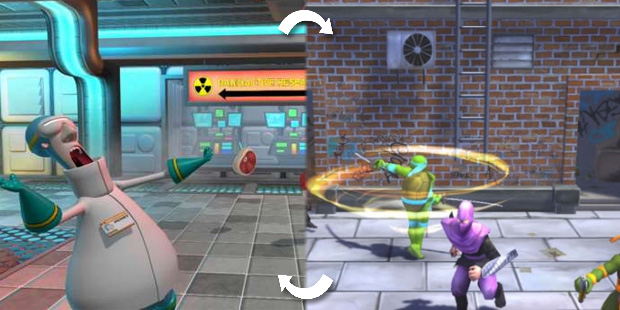 The “Summer of Arcade,” a boatload of upcoming Xbox LIVE Arcade releases, was detailed yesterday. But as it turns out, there’s been a slight change in the schedule, and now the festivities are being kicked off by ‘Splosion Man rather than Teenage Mutant Ninja Turtles: Turtles in Time Re-shelled.

The updated version complete with dates and pricing for all of the games can be found here. Many of you made it very clear yesterday that Turtles in Time feels overpriced, even if it is a remake, visually speaking. I happen to be right there with you.

It’s not that I’m unwilling or unable to pay $15 for a digital download, because I totally am. I was more than happy to purchase Battlefield 1943 simply because the content justified the price. Turtles in Time? A wonderful beat-’em-up, definitely, but the game can be blown through rather quickly.

‘Splosion Man, on the other hand, looks super fun and, what do you know, it’s got an asking price of only ten bucks.