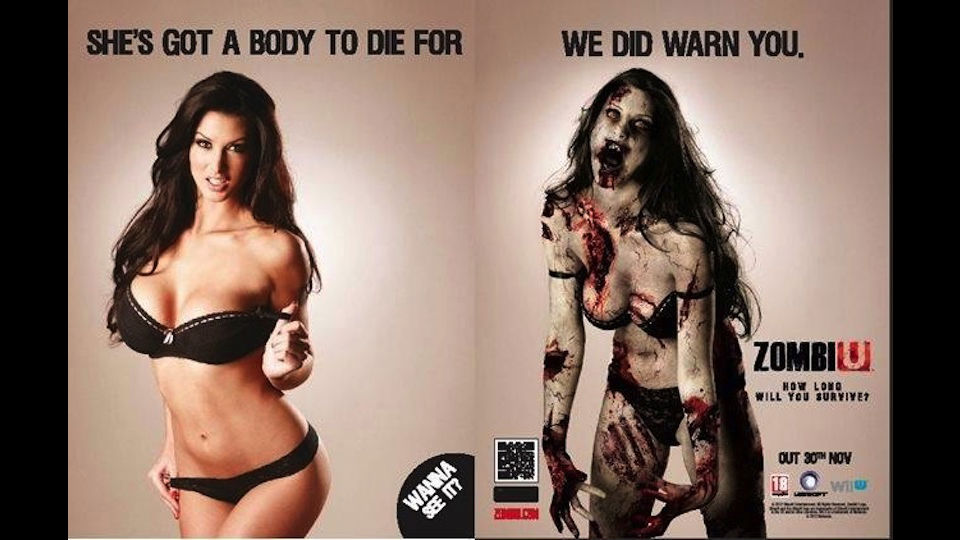 ZombiU is, by all accounts, a pretty decent game that uses the Wii U’s GamePad in some interesting ways. It’s helped breathe new life into a genre that’s been in decay for the better part of a decade. And hey, if nothing else, zombie-killing is still as fun as it’s ever been.

Now those are some selling points for a marketing team to dig their teeth into, but Ubisoft decided to go in an entirely different direction with this print ad. Certainly eye-catching, these images of a glamour model and her undead counterpart are already inspiring some impassioned negative reactions around the web.

Whether you think the ad is harmless, misleading, or just in poor taste, it makes Ubisoft seem pretty out of touch. Given how much controversy there’s been over gender discrimination in recent months, this just seems likely to further agitate an already riled up hornet’s nest.

Hit the gallery image to download the photo. Rawr.

ZombiU’s Marketing Team: Sure, Why Not. Let’s Make An Ad With A Half-Naked Woman. [Kotaku]