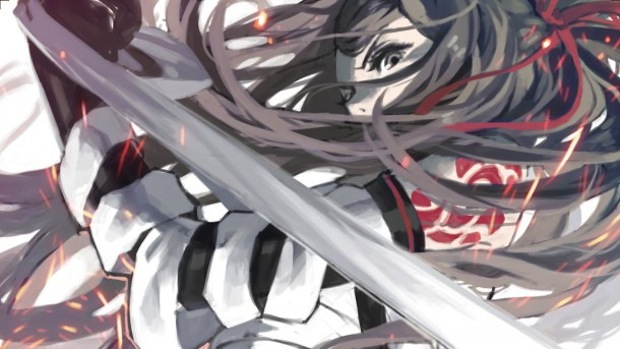 Edge has the first word on Grasshopper Manufacture and GungHo’s new action game. It doesn’t have a title yet, and they haven’t locked down which platforms it’ll land on, but they are shooting for next-gen platforms and are currently “investigating the specs.”

Suda51 told Edge that the game, a new IP for the publisher, has been in development since November, and is slated for 2014. It is set in the near future, with No More Heroes artist Yusuke Kozaki working on the visuals. Our only look at their work so far is the above key art, which has the tagline ‘what the hell are you looking at?’

Expect unique action gameplay, said Suda51. And given their new ties with GungHo, their new parent company, they’ll be working some kind of social feature into the game.

“This is a title that GungHo Japan and Grasshopper Manufacture is working on together collaboratively so there will be an online feature, because that’s their forte and what they specialise in. On the simplest level it will be social, but the word social is used and misinterpreted a lot these days,” said Suda.

He added: “This is a very new style of online feature, so there’s no example from the past.”