While Grasshopper Manufacture was at PAX West to show off Let it Die and The Silver Case, during an interview with creator Goichi Suda regarding the latter game, I had to ask about the future.

What’s next for him? For the studio? More often than not, that line of questioning ends with a contemplative pause and “no comment.” Thankfully, he was willing to share some telling hints.

The upcoming PC and Mac version of The Silver Case is a way to bring the obscure adventure title to an English audience for the first time, but it will also help keep it easily accessible, and better preserved. It’s a remaster of the 1999 PS1 original, not a full-on remake, for that reason. And there could be more re-releases where it came from (assuming rights holders are willing to cooperate).

Above all, Suda-san would like to remaster the fan favorite Killer7 on modern platforms, I was told through translator and The Silver Case localizer James Mountain. After that, the next best candidate would be No More Heroes (specifically not the Xbox 360 and PS3’s No More Heroes: Heroes’ Paradise). “He really wants to do something if possible for those two titles at least.” 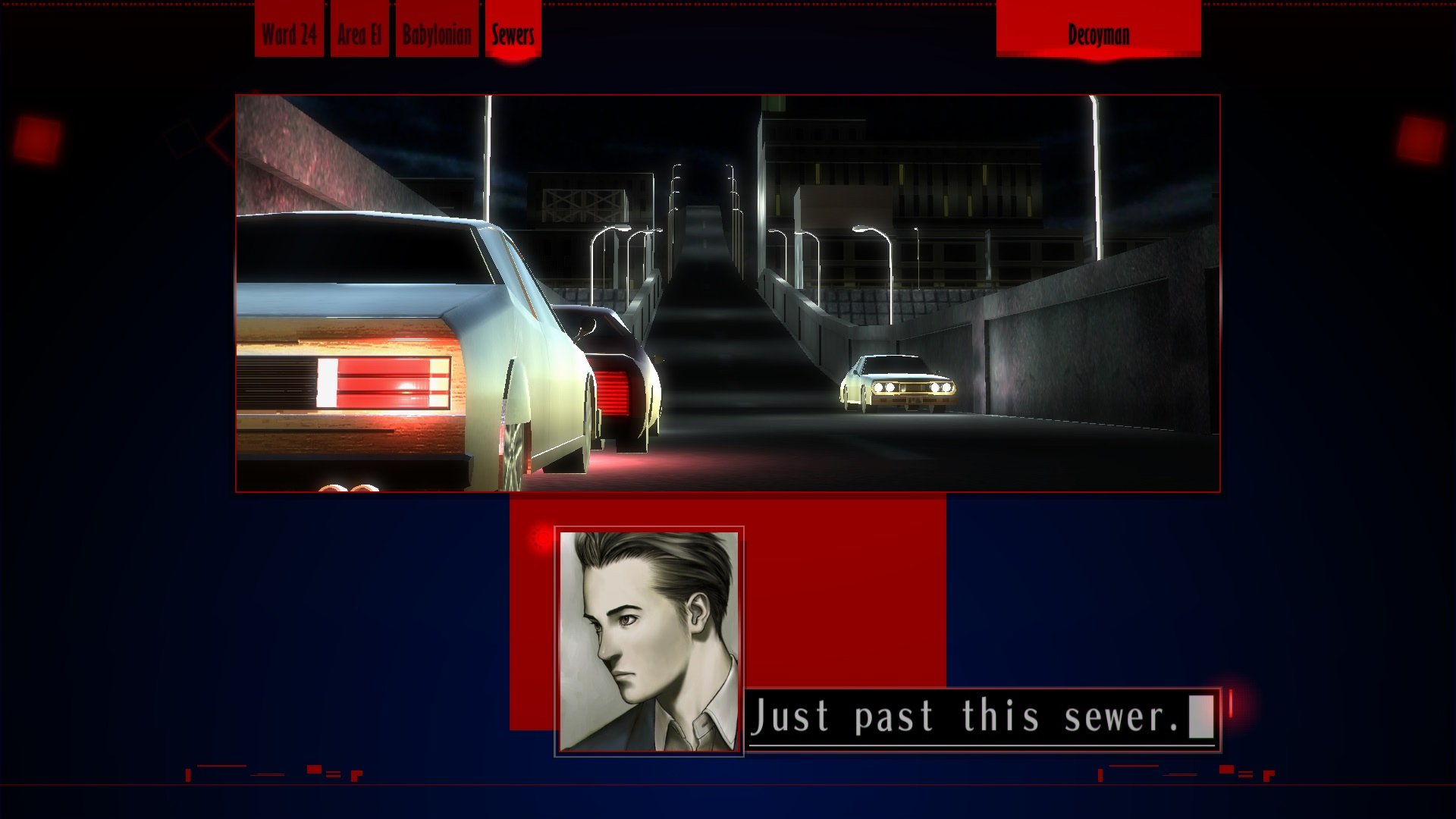 Believe it or not, Grasshopper Manufacture is only a short couple of years away from reaching its 20th anniversary. More generally speaking, Suda-san “wants to do something in line with that [milestone].”

According to Mountain, “There are a bunch of things in the past he regrets not having been able to do, and The Silver Case is one of them, and he wants to go through and clear up some more of those as well. There’s a sequel, 25th Ward, that especially if Silver Case goes well, he’d like to go back and re-release that and get that to a new audience. It really is kind of like a phantom game at this point. As far as what the game was like, what kind of story it was, he himself doesn’t really remember. It was so long ago.”

Whatever ends up happening next, it sounds like Suda51 isn’t short on inspiration. “He’s actually got a lot of ideas right now about stuff that he could do [in future games] to surprise people.” Knowing fans’ expectations of his more out-there work, that probably means things are gonna get real weird.