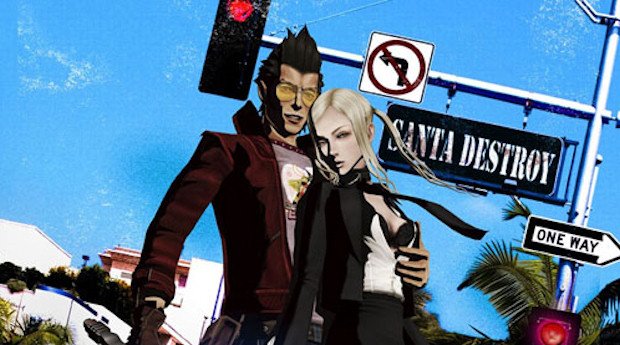 He may not have set the world on fire with No More Heroes, but game designer and nutbag Goichi Suda wants Travis Touchdown in the next Super Smash Bros. game. Hoping to make Touchdown a big videogame star in his own right, Suda would love to see the nerdsome assassin duking it out with Mario and the gang.

“I love him, and I want him to be a huge star,” Suda tells Nintendo Power. “That’s why I’m working very hard to make this game as interesting as possible. Maybe in the future, we can see him fighting alongside Link in the next Smash Bros. [laughs] That would be great.”

As a big fan of Suda 51, I would like to see every wish of his come true. Considering Suda’s close friendship with Hideo Kojima, whose very own Solid Snake was in Brawl, we could perhaps see this particular dream become a reality. Mainstream Wii owners probably wouldn’t have the first clue who he is, but you can guarantee that he’d be a popular fixture among the hardcore set.

What do you say? Care for more Touchdown in your Smash Bros.?