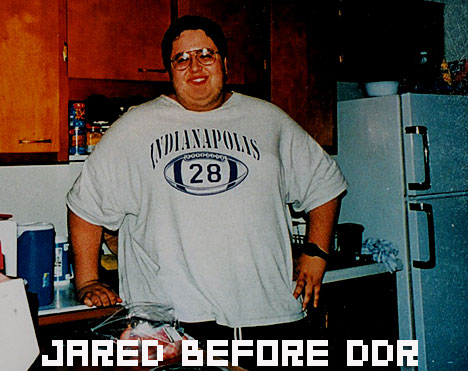 I guess the more I think about it, the more it makes sense that Subway would try to come up something cool and fitness-inspired for kids to go along with their Frest Fit meals, but even so I don’t think I could have seen this one coming.

Running through March 29th, Konami and Subway are partnering up to offer the DDR themed meals, which will feature free toys such as a DDR-branded Water Bottle, Disco Revolution, Break-it-Down, Pencil Pal, Dancemania and Action Armband. Who knows if those toys are cool or total fail, but it beats the hell of of Hannah Montana toys.

You also score a $10 discount coupon good for the purchase of any of the recent DDR releases, which sounds like a hell of a deal for a place I was likely gonna go eat at anyway. Less fat kids in the world means being made of fun of less in school, which certainly would have come in handy when I was a tyke.