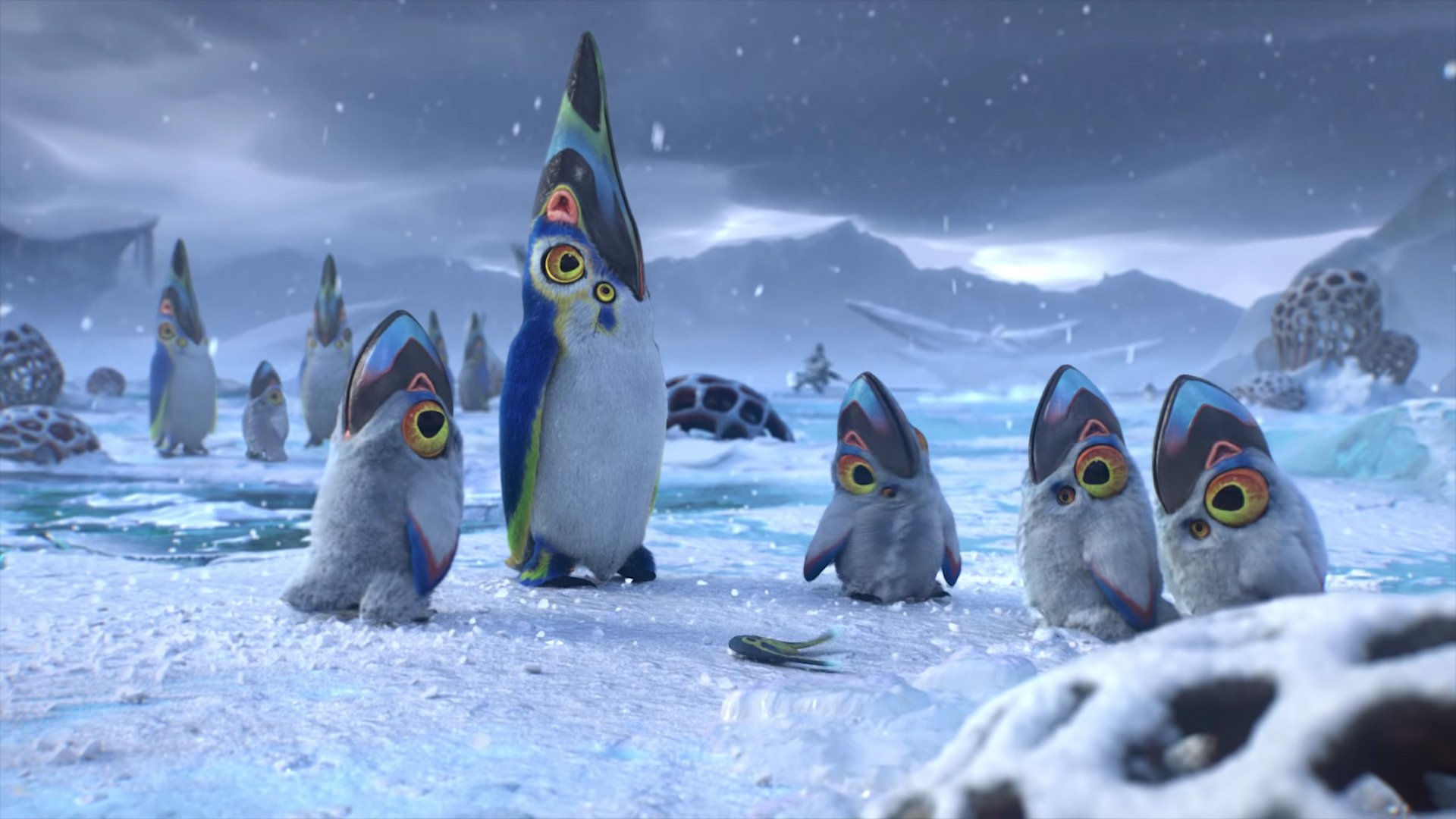 There’s no escaping the polar vortex, not even in video games

I’m still torn on when exactly I’ll begin playing Subnautica: Below Zero, but for those of you who don’t mind putting up with rough edges and an incomplete story, the frigid new standalone game has begun its early-access run. It’s out today for $20 on Steam, Discord, and the Epic Games Store.

I will do everything in my power to protect the Pengwings, even if I have to dismantle the food chain.

The game’s setup should sound familiar to experienced alien-ocean divers.

Dive into a freezing underwater adventure. Below Zero is set in an arctic region of planet 4546B. As a scientist posted to a research station on the planet’s surface, you are tasked with studying alien artefacts…

The Vesper space station orbits high above you, sending supplies, instructions, and receiving samples you launch from the surface.When disaster strikes the research station, you must improvise to survive: Construct habitats, scavenge for resources, hunt for food, and craft equipment.

One of the best parts of Subnautica was scouring all the biomes, learning about their inhabitants, and giving yourself the tools needed to physically (and psychologically) dive into the foreboding depths. It’s the kind of electrifying game that makes you want to erase your memory and start anew.

It won’t be easy for Unknown Worlds to surprise and delight players to the same extent with Below Zero, but I’m feeling hopeful. The developers navigated Steam Early Access really well last time. The real challenge will be reminding ourselves that it took time for Subnautica to get where it is today.

For the time being, Below Zero is PC-only, but it’ll eventually come to PS4 and Xbox One.