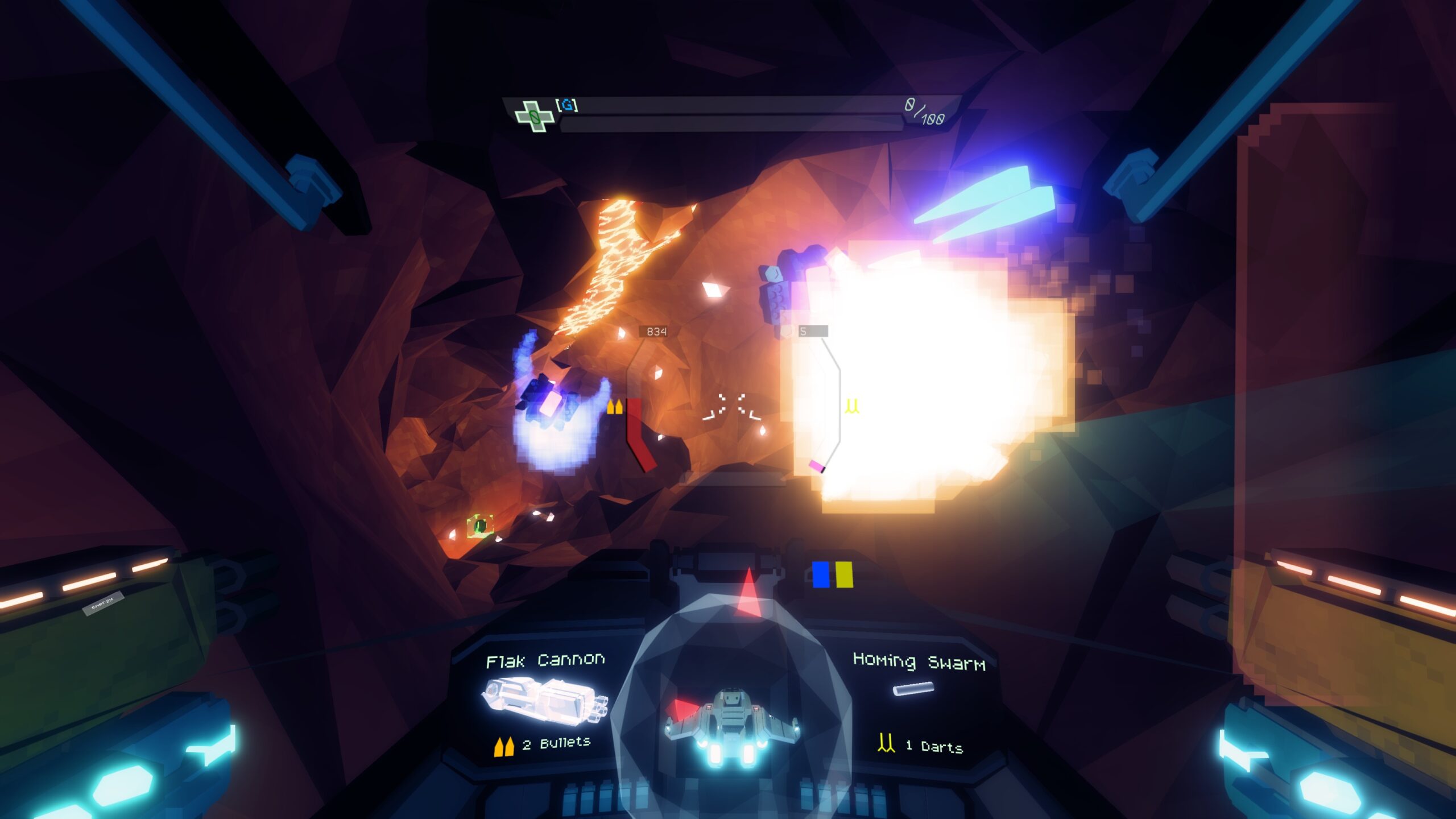 One of the great aspects of this reawakening of the roguelike sub-genre is seeing the systems in place in genres that you’d least expect. For those unaware, roguelike is a sub-genre that features hardcore-focused RPG systems that offer deep challenges, and in most cases, permadeath. With Crypt of the Necrodancer incorporating roguelike aspects into a rhythm action game, it definitely seems like everything is fair game. And now, we’ve got another peculiar title coming from the folks at Sigtrag Games that aims to rethink space-shooters.

During PAX Prime 2015, I got the chance to experience some quality time with Sublevel Zero, a space shooter that blends high-octane action with the deep systems in place from classic RPG games. Made from developers that have formerly worked on the Large Hadron Collider at CERN, they decided to break away from research on a massive and incredibly complicated piece of engineering and physics into game development and follow their true passions. And the result of that is a super fun, unique shooter with its roots in the RPG genre. 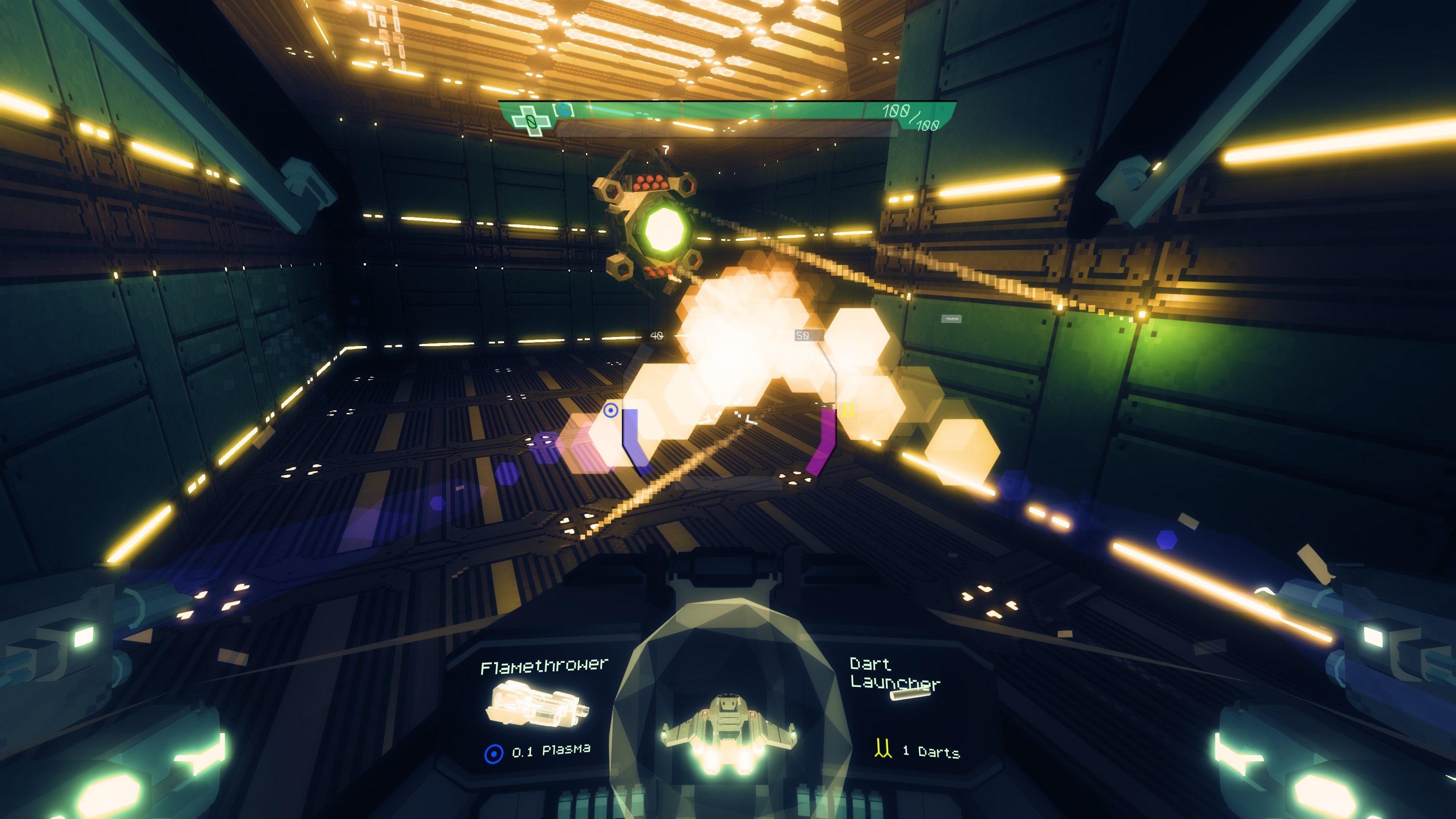 Set in a facility in outer space that’s slowly falling apart, you’re tasked with flying your spacecraft through the tight corridors filled with rogue A.I. and other obstacles that seek to take you out. As you travel through the crumbling facility, you’ll find new power-ups and other upgrades to your ship, which will give you the edge to make it through the ever-changing and increasingly difficult labyrinth.

Much like many other roguelike titles, the plot is largely light and only seeks to set the scene. You’re a lone space pilot in hostile territory, and you’ll have to use all your skills in order to survive. The true meat of the game lies within the deep and intricate systems in place. The sub-genre is notorious for its difficulty and uncompromising challenges, so it’s surprising to see a twitch-based shooter that allows you to travel in six degrees of movement to structure it within the system of an RPG title.

With the procedurally generated world, along with randomly placed enemies and treasure locations, each run will be unique. As you travel around the facility, you’ll find loot from downed enemies and space caches filled with new upgrade and abilities for your ship. Starting out, you’ll have the basic energy cannons, but over time, you’ll acquire missiles, long-range lasers, and high-powered rail guns to take on the ever-growing threats. I was pretty impressed with how well both styles of gameplay work together. Initially, I believed the fast-paced nature of this space-shooter and the roguelike systems wouldn’t work too well together, but it all clicked for me quickly, and I was very much into it after going a few runs.

By far, my favorite aspect of Sublevel Zero is its rich visual style. Channeling the retro feel with bright colors and a distinct visual palette, along with the claustrophobic design and layout — I found myself quickly immersed with this title. With its release coming in October, this compelling hybrid of both fast-paced action with deep-strategic gameplay is very much unlike anything I’ve played in a roguelike, and its approach to the action-RPG is one you’ll want to take notice of.