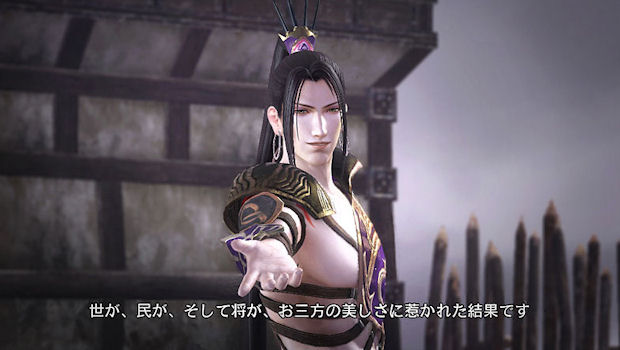 You know what we haven’t had in a while? Some Dynasty Warriors 7 screenshots! These show off a bunch of recently revealed characters — Zhang He, Dong Zhuo, Xiao Qiao, Liu Bei, Xiahou Ba and Liu Chan.

Of note in these screens is the fact that corrupt regent Dong Zhuo gets an all-new weapon, trading in his serrated sword for a rather beastly single-headed meteor hammer. This gets points for being one of the only weapons in Dynasty Warriors that is actually of Chinese descent. Not bad for a game set in ancient China!

In other news, Xiahou Ba looks badass, Zhang He looks more awesome than ever, and Xiao Qiao looks like someone mixed a tub of Kia-Ora in with her laundry.