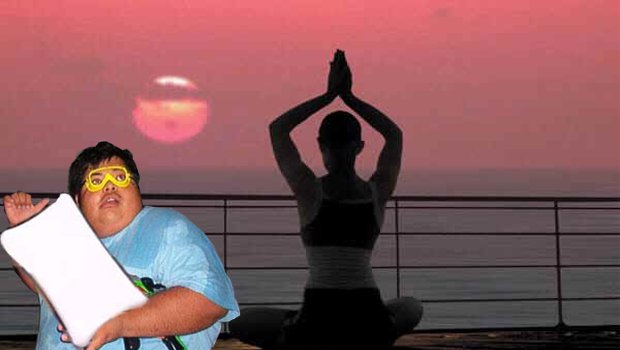 Nintendo’s Wii and the motion control trend that followed gave seemed like the game industry’s answer to inactive youth. As games have grown in popularity, kids have spent less and less time outside and, logically, “active” games are the solution.  According to a study out of Baylor College in Houston, Texas, this isn’t necessarily the case.

Researchers outfitted 78 children with a Wii and a game of either the active, or inactive persuasion, fitted them with accelerometers, and watched as the active group showed little-to-no improvement over the inactive group with both averaging between 25 and 30 minutes of activity per day.

The study notes that, because the accelerometers were attached at the waist, this doesn’t account for arm-specific activity, but if a movement is solely occurring in your arm one could argue that that movement is not being performed properly. Boxing, throwing, swinging a sword, etc. are all full body activities.

This exemplifies the exact problem I’ve always seen with motion gaming as an answer to a sedentary lifestyle. Much like any other workout, it’s entirely reliant on the participant. Wii Sports won’t count as your daily exercise if you’re half-assing all of the movements just, like any other exercise is a waste of time if you don’t do it properly. However, if you play Just Dance, following through with every dance step, and are 100% devoted to seeing an improvement in your lifestyle, I don’t see how you wouldn’t see a change.

While there’s not immediate impact, Kent State’s Jacob Barkley proposed that “it might increase caloric expenditure a little bit more than a traditional sedentary video game and if you do that on a daily basis that could have a cumulative effect that might be beneficial.”

I love that people are out there putting time and money into this kind of research, but any result is going to be skewed by the participants goals. A user who’s end goal is to lose weight will play a game differently than others who simply want to swing their arm casually and call it bowling. Regardless, it’s interesting stuff, but if you’re a parent and the only activity your child gets is through their Wii, you may need to reconsider that.