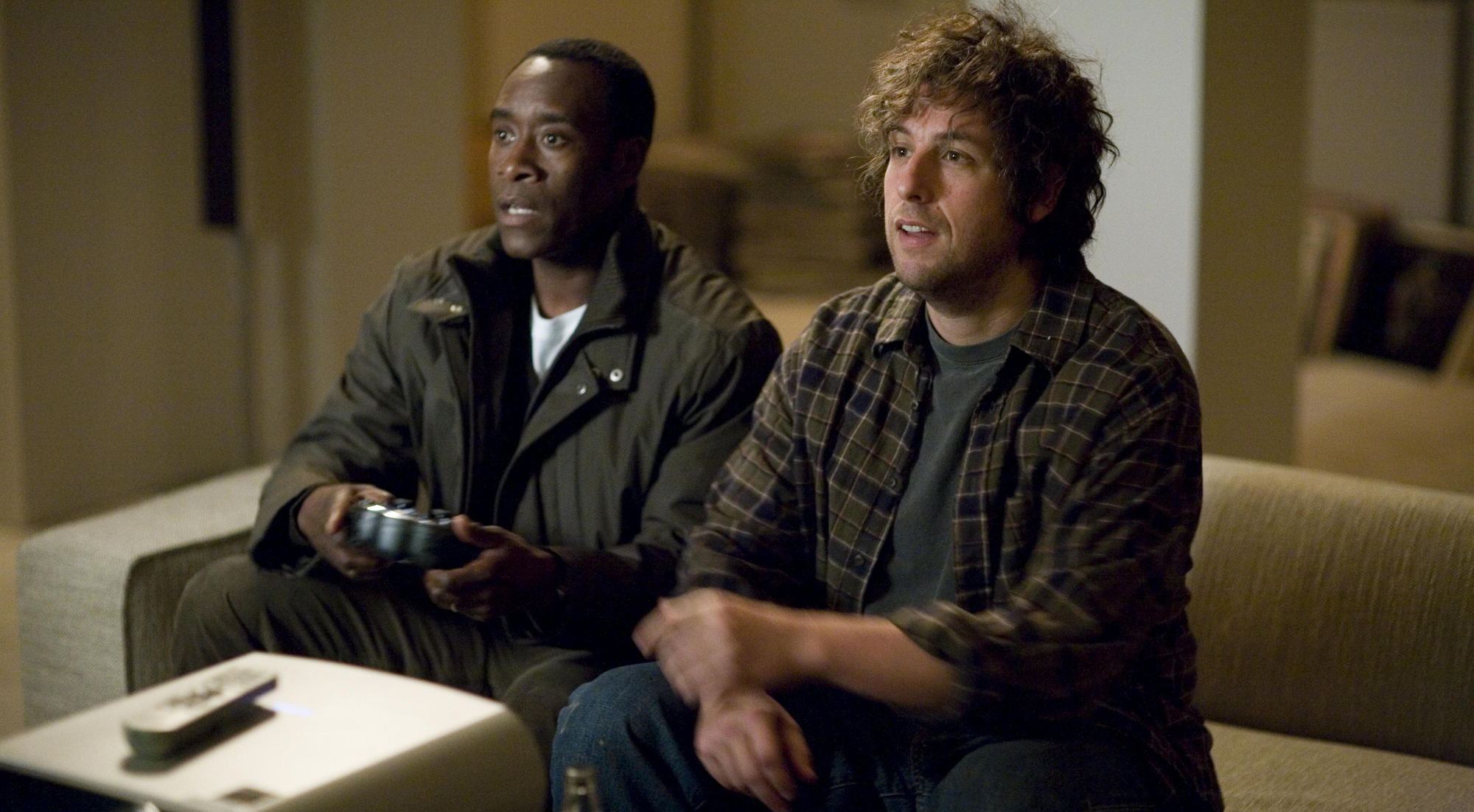 Young, “less-educated” (which apparently includes people with associate’s degrees; gotta keep tricking kids into going into $50,000 in debt for the Bachelor’s), able-bodied men are apparently still not working, or not working full-time, in “unusually large percentage[s],” according to a Washington Post report on new research from Princeton, University of Rochester, and the University of Chicago economists (which has not yet been published in a peer-reviewed journal).

The culprit? These young men are living at home with parents or family, not looking for work, and playing a shit load of video games, apparently. 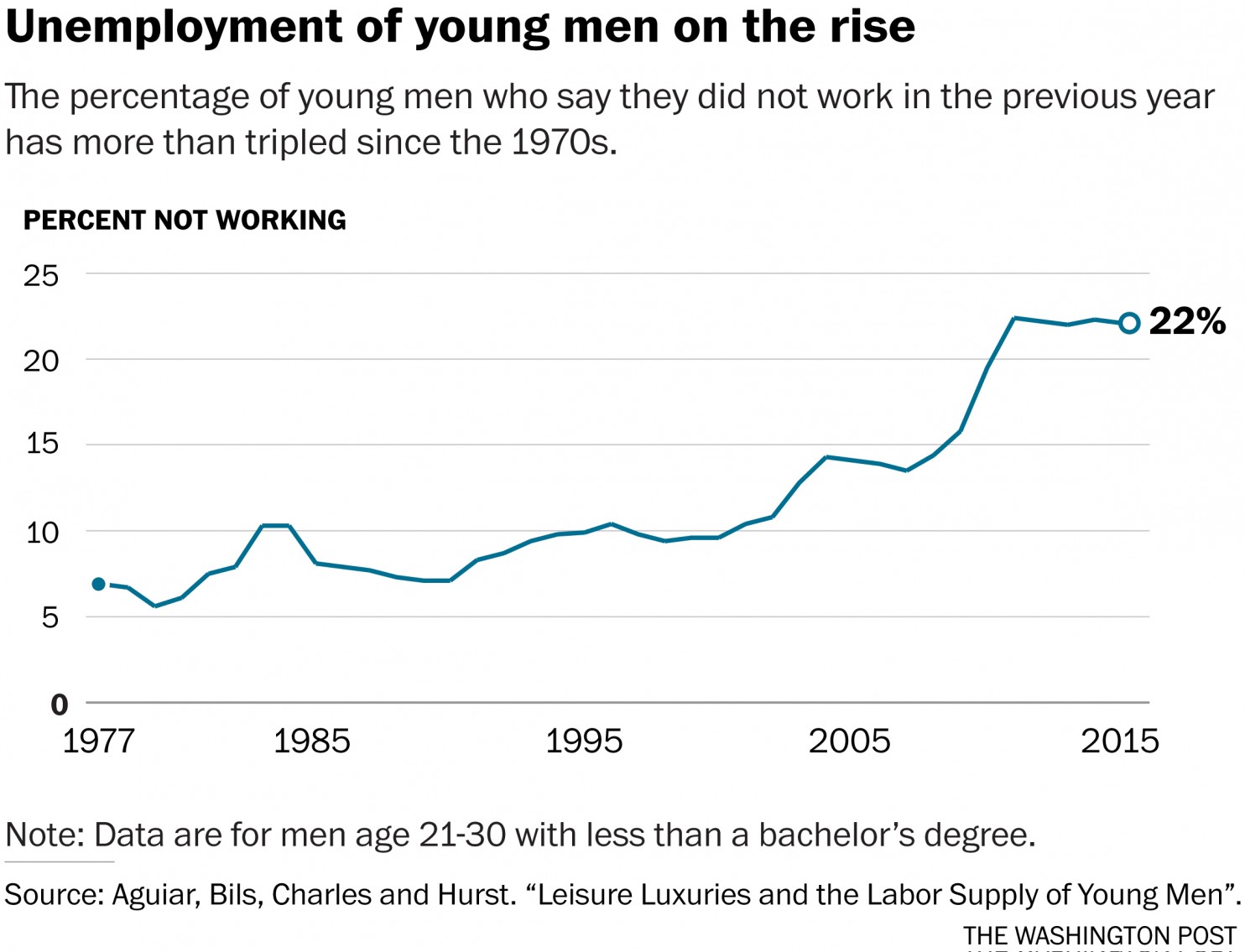 So while national unemployment numbers look better (partially because of all the people who have completely stopped looking for work coupled with people getting by on all combinations of contract and part-time work — it’s like Uber, for finding a loophole to withhold health insurance from would-be employees!), younger men are not doing too hot. 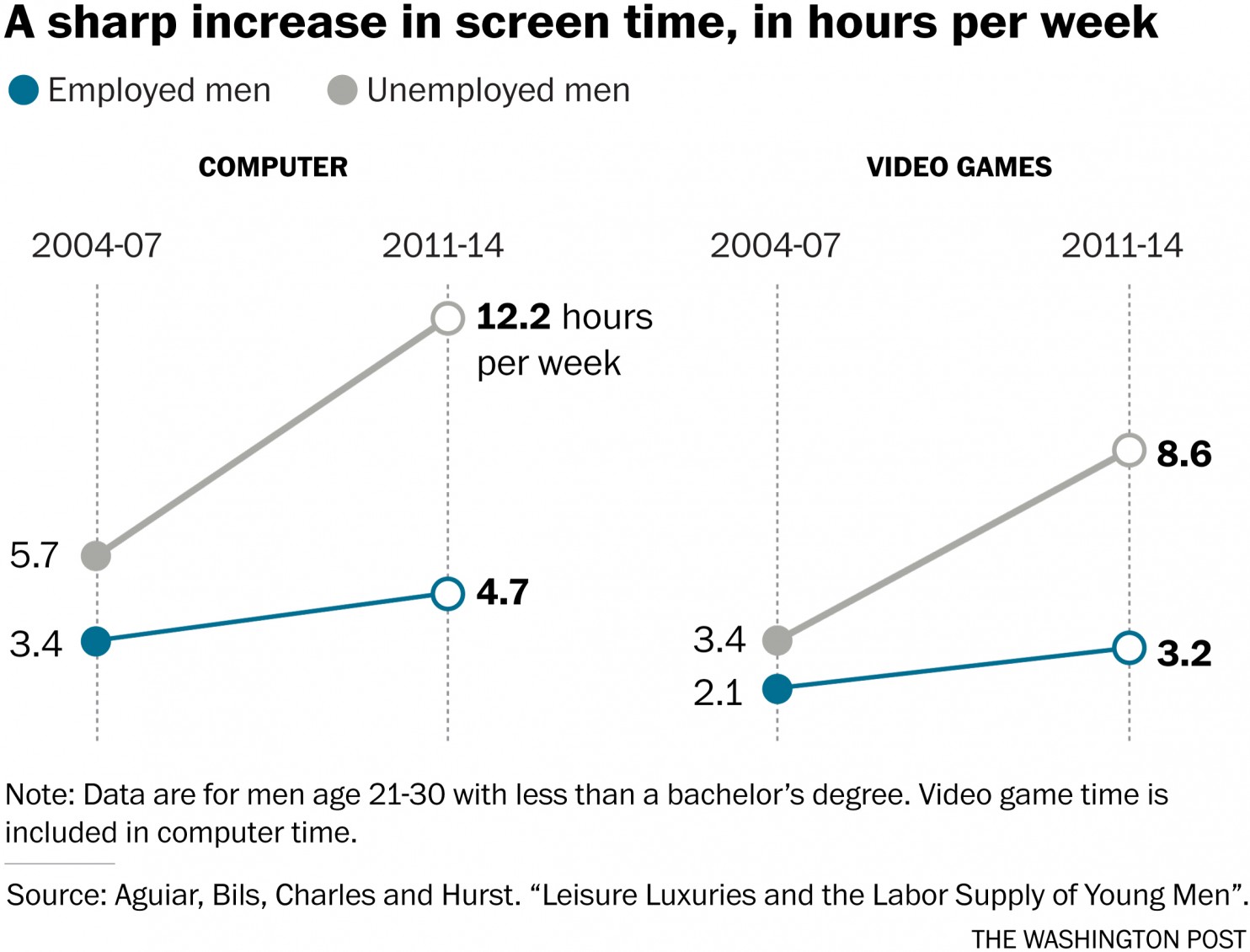 “Young men without college degrees have replaced 75 percent of the time they used to spend working with time on the computer, mostly playing video games,” according to the study. Pre-recession, young, unemployed, degree-less men played games for 3.4 hours per week. From 2011 to 2014, that group played 8.6 hours of games a week.

Researchers don’t seem to think the relationship stems from, “weak demand for their services,” but rather that a portion of the change is the “result of the appeal of video games.” Basically games are too good to choose being a mistreated, underpaid wage-slave. And often cheap, with games like League of Legends, an engaging way to drop 3,000 hours, being completely free. And when you live at home — and more 18-34 men live with parents rather than partners for the first time since 1930 — the need to take shit jobs (absent the kind of 40-year-career options their parents had with just a high school diploma) decreases.

And you know what? These folks are digging the lifestyle — look how much happier they are: 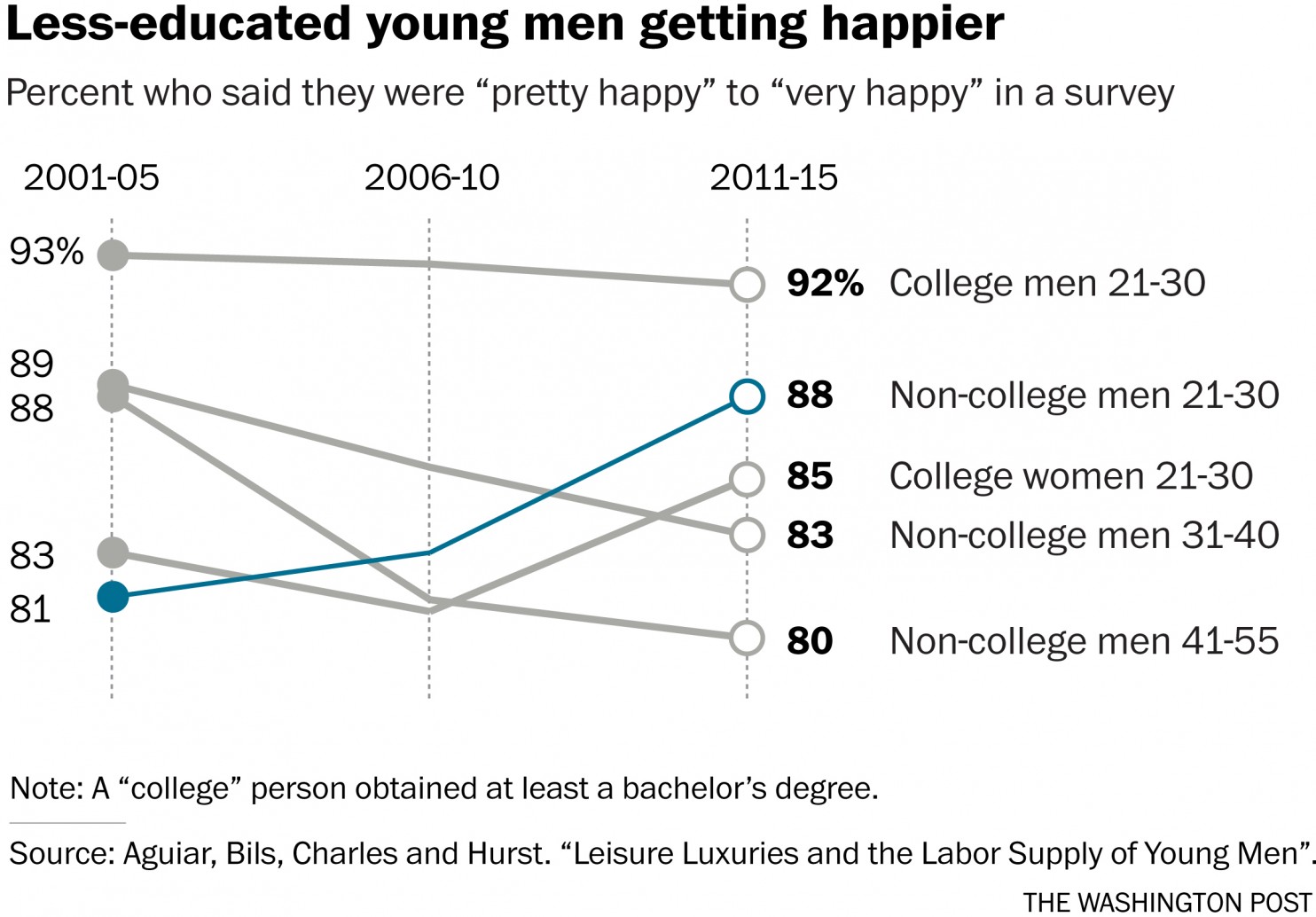 This is a great time to link to a great — and very appropriate — piece from communinty blogger WryGuy: Games aren’t too expensive, you’re just broke. “Unfortunately, the world is a harsh place right now. For about 40 years now, funnily enough since about as long as video games have existed, things have slowly been turning topsy turvy. Wages have gone completely flat. Costs have gone sky high. Most of us are fucking broke. Ironically despite how much we might complain about the cost of them, video games are one of the few things we have left in this world that aren’t (completely) trying to fuck us over.”