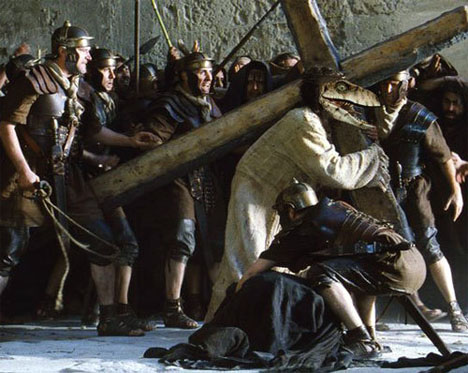 History and common sense teach us all a valuable lesson in dealing with people whose religious beliefs don’t parallel your own: violence is only acceptable if you’re willing and able to decimate the opposition. It appears that a University of Virginia student didn’t take that into account when creating what is reportedly a game with an atheistic bent in which you travel back in time to “nip the problem in the bud” by killing Abraham, Mohammed, and the authors of the Bible.

The video released by WSLS-10 reporting on the game and its creator seems questionable at best, especially considering the unnamed student’s refusal to reveal his identity for fear of a violent backlash, and rightly so. What the developer apparently didn’t learn in his time on this planet is that large groups of people prone to illogic tend to react badly when you threaten or desecrate something they revere.

While I can sort of appreciate the foundation of the developer’s sentiment, he isn’t doing anyone any favors by making this game. He’s made himself a target for extremists and provided pundits and mainstream media outlets with all the fuel they’ll need for a week or two full of “violent gamers” coverage, something I, and hopefully you, resent. As such, I have a message for this mysterious radical. The next time you decide to show the world just how clever you are, we’d appreciate it if you used someone else’s hobby as a medium. Gamers have got enough problems without adding accusations of attempting religious extermination to the list, thanks to thoughtless imbeciles with an agenda.

[Via GamePolitics — Thanks, Justin!]