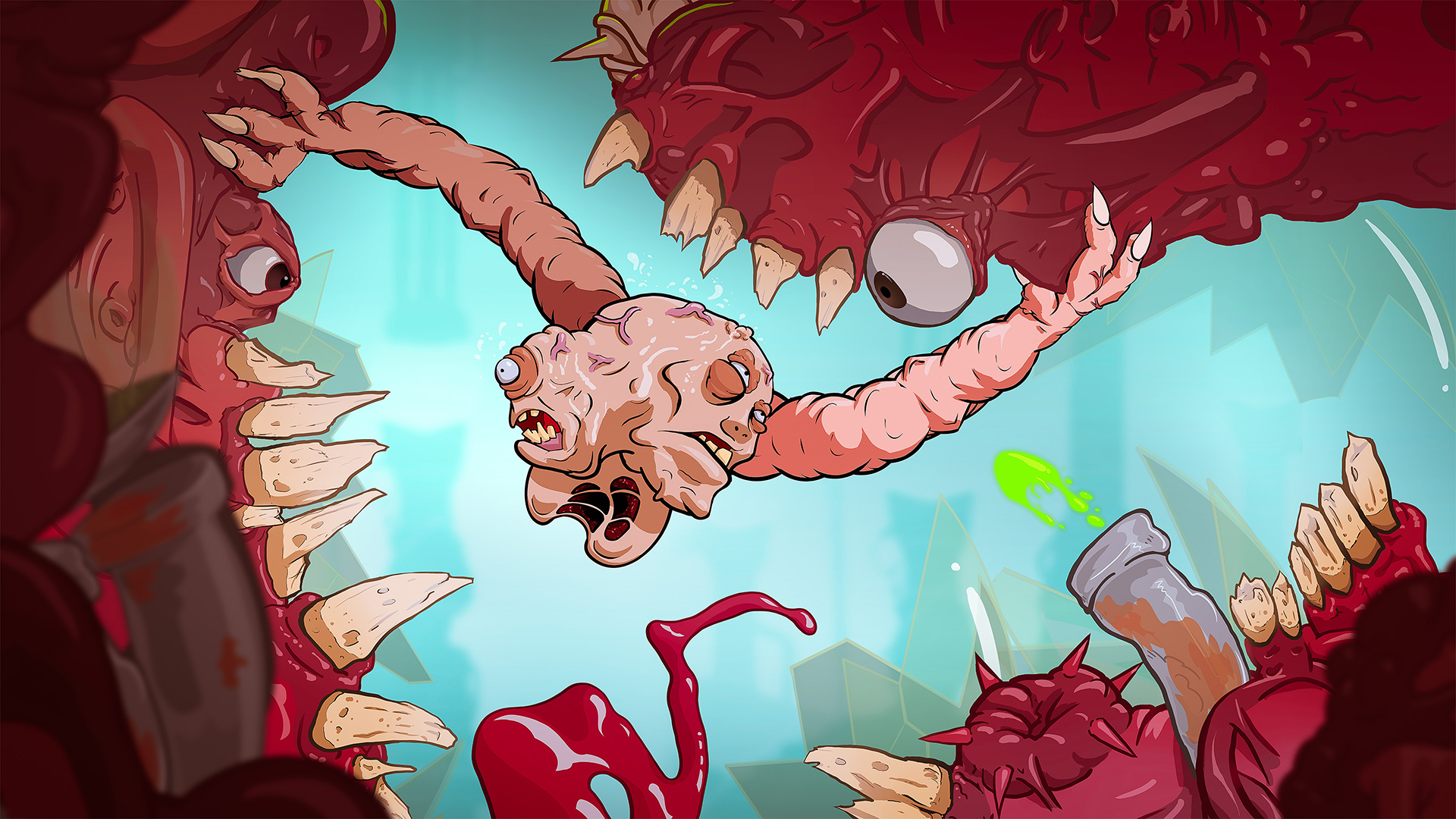 The platformer surprise-launched on Switch and PC today

Frontier Developments is getting into third-party game publishing, and one of its first titles, Struggling, is quite the departure. It’s a gross-out platformer from Chasing Rat Games in which two players can take control of the same monstrous body. You’ll need communication and patience for this one.

The fleshy lab-experiment protagonist Troy can also be controlled as a solo player, in which case you’ll “simply” use the left stick and LT for one side of his body and the right stick and RT for the other.

Troy’s “pilgrimage encompasses dodgy labs, perilous canyons, and even a psychedelic fever dream,” and he’ll gain abilities like slow-mo, detachable arms, and grafting an appendage “onto the environment.”

As they say, long live the new flesh. Struggling is out today on Steam and Nintendo Switch.