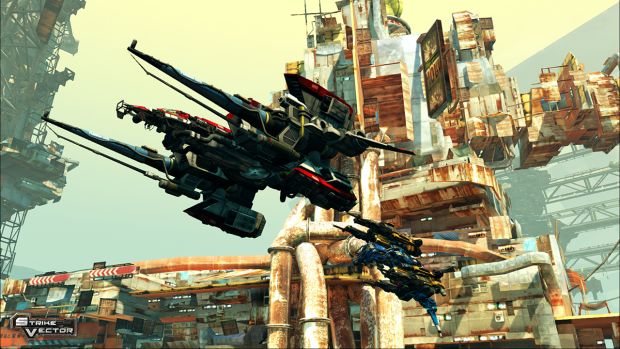 The nine-man team behind Strike Vector have announced that their awesome looking dog fighting game will be entering open beta in January 2014. The developers designed the game in “the pure tradition of the sacred monsters of hardcore FPS such as Quake 3.”

In that same regard using the model of games development from the past, developer Ragequit has announced that all future downloadable content will be free. “No premium versions, no micro-payments, no costly DLCs! All of that will be free for players.”

Check out the latest trailer, plus some high quality shots in our gallery for more.