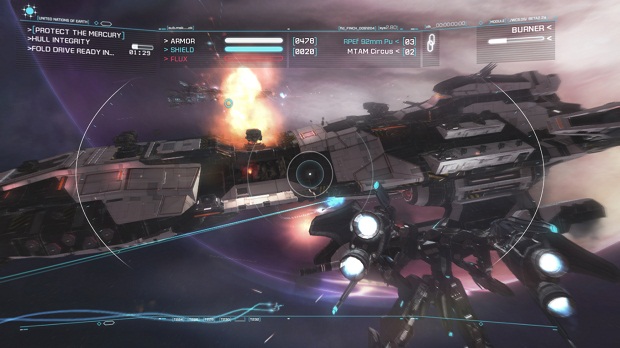 Space combat fans will be happy to know that the ambitious Strike Suit Zero Kickstarter campaign has managed to hit its funding goal and more. With the project confirmed, developer Born Ready is rolling out a closed beta in December for backers only, ahead of the final version being released on the January 24, 2013 with a console version to follow.

Casey really enjoyed his hand-on time with the game this past summer and the concept — a space combat game where your ship can transform into a giant mech — looks really interesting. Anyone taking bets on 2013 being the year of the mech and space sim?