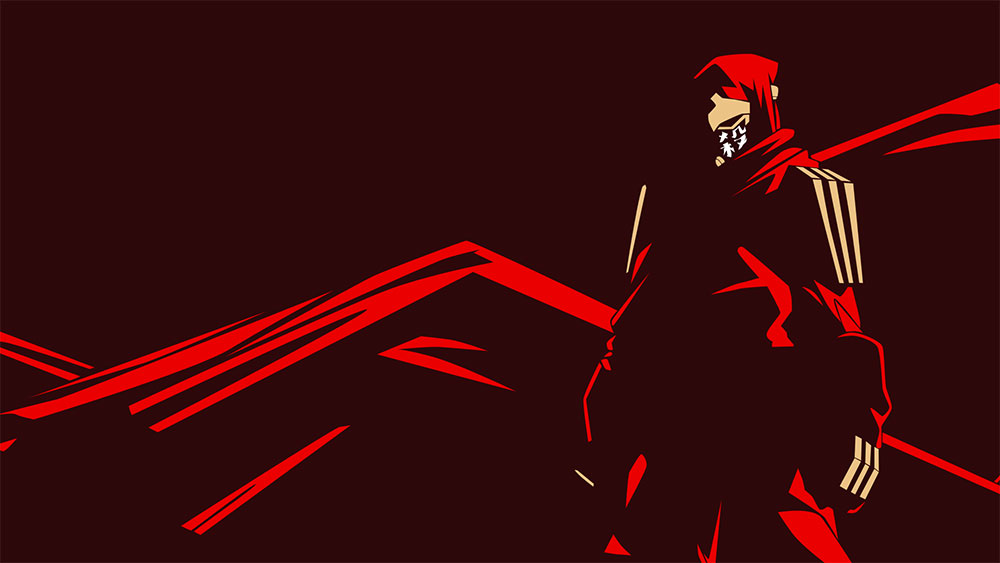 It’s that time of year again! Every year, I love composing my Game of the Year list. I put an extra special amount of effort into it because I always have, every year. I first started doing these in 2012, than I kept going in 2013, then 2014, and finally 2015 is upon us. I saved this special batch for after the New Year passed, and now the time has come for…

All in all, I own a Wii U, a New 3DS, an Xbox 360, and this year marks a better experience with Steam as well. There’s also plenty of DLC to talk about, which invigorate certain older games which wouldn’t normally appear on a GOTY 2015 list. Still, DLC is a big part of aspects of enjoyment for this year, with a lot of Nintendo games going through waves of increased relevance thanks to DLC. So without further ado, here’s Strider’s GOTY list for 2015, starting with my de facto game of the year… which leads us to a discussion of a tie…

If you told me a year and a half ago that I’d be in love with Monster Hunter 4 Ultimate, I would’ve scoffed so hard in your face, I’d propel myself back to Huntington Beach to enjoy a funnel cake. But Monster Hunter 4U has turned out to have everything I could ever want from a long-term gaming experience. It has a wealth of options for how you approach the game, from ranged light bowguns, heavy bowguns, menacing great swords, swift dual blades and every manner of armor in between to supplement your play styles. MH4U is populated with challenging monster hunts, each with their own patterns and logic. Even the most random matchmaking puts you together with teammates who will work together with you to hunt some of the baddest monsters. And the design and mechanics of the combat system is somehow nostalgic in how stiff yet open ended it is. As someone with a background in fighting games, it’s enjoyable to learn a combat system that is slow and deliberate but presents many opportunities to learn how to cancel these attack animations for maximum damage.

Hundreds of hours in beast-styled Punch-Out!! with giant swords is tons of fun basically.

Undertale just came out of nowhere. It’s a weird indie title that calls back to SNES roots with quirky EarthBound genes deep in its DNA. But that by itself does not a GOTY make. But I can still recall the exact moment I knew I had to see this game through to the end.

The game bills itself as the RPG where you don’t have to kill anyone. I went down the lazy path and killed a major character, but felt bad when I spoiled myself on how to solve the encounter, especially after a certain character mocked me for killing them without even trying to spare them. I restarted my save and managed to save their life. I felt good about showing mercy to such a pivotal character. But that same character from before surprised me. They said they knew what I had done. They knew I had killed before and that I simply felt guilty and restarted the encounter to appeal to my own sense of justice.

To me, Undertale isn’t simply a game. Hell, I won’t even stop at calling it a compelling narrative experience. To me, Undertale is self-contained digital life form. Like a pseudo-life sim game in the same vein as The Sims or Animal Crossing, but in a linear fashion. It’s like a story to me, only instead of experiencing it from one fixed perspective, I can move all around the scene to explore the details and characters. Not only can I experience this compelling story filled with meta-story about how we play games and the choices we make in games, I can also be rewarded by the level of detailed filled into every object in the world, from the yellow flowers to the hot dogs a certain skeleton sells.

Splatoon does something I respect a lot. It attempts to create an enjoyable experience for players in spite of the chances of not just losing, but losing badly. There’s that one extenuating situation in games like Call of Duty where you get spawn camped and the other team’s victory snowballs as they farm kills and points off you. Splatoon is only concerned with two things overall, which help alleviate the feeling of hopelessness: stylish fashion and inking turf. The core Splatoon is not killing people but marking your turf, usually in clothing that screams trendy teenagers. You don’t even score kills but splats.

The very identity of Splatoon is a refreshing change of pace. It’s teenage rebelliousness to the established status quo while leaving its own unique mark on the world.

Downwell proves that simplicity is often the best approach. Why have some complicated idea like guns and accuracy. You’re falling down a well with gunboats. Only instead of being super tough boots, these gunboats are literally gun boots. I’m still amazed at how the game teaches you Mega Man style: the first red enemy is spikey, so you don’t want to head stomp it. Everything else however, is free game. Then as you progress down the well, new concepts are thrown at you like spiked floors and underwater physics but the core score chasing mechanic remains: head stomps are big points, don’t touch red things, and pace your shots for both crowd control and speed control.

Like Darren Nakamura said, this game masterfully teaches you like Spelunky. It looks impossible at first but over time, you simply get better and better over repetition with a solid and fun game.

Creation tools are a tricky thing. I easily get absorbed by satisfying tool sets but it comes at the cost of actually playing the game. Super Mario Maker however, makes it easy to not only easy to play a variety of other user created levels, but you quickly learn that there are a lot of great ideas out there for you to flexibly incorporate into your own created content. I learned in the wild world of Mario Maker that constructing buildings out of SMM’s block sets can create uniquely satisfying levels. Or you may find surprisingly crafted levels with a little finagling of SMM’s physics and how everything interacts with each other, from trail paths to conveyer belts dealing with koopas, chain chomps, and thwomps.

SMM proves to me that there’s always something new to learn and that’s exciting.

Ultimate Angler is one of my last great StreetPass experiences from when I worked at Disneyland. A steady flow of StreetPasses kept me intrigued on what the next mysterious thing I was going to fish up. Seeing an encyclopedic expanse of real fish was fun, like when I pulled up a humongous sunfish. But the real hook was how I was promised legendary creatures, each a king in their own respective aquatic kingdom. Everyday at work brought me a step closer to discovering the mysterious and monstrous giants. Each river king I fished up thanks to the help of hundreds of Disney guests I wondered, “How on Earth will they top this insane catch.”

And this feeling persisted right up until the final island, only available after clearing three islands and three more islands that are only accessible with help from foreign StreetPasses. After all that, I’m treated to one final island that promises the most mysterious of all river catches.

I could’ve played Freedom Planet on Steam last year, especially after hearing Shade gush about after I gifted it to him. But I decided to wait for the Wii U port because ultimately, I am a console gamer. The game was pushed back for months because the engine is notoriously hard to port. But all that wait was worth it for a superior Genesis experience. One part Sonic, one part Gunstar Heroes, all wrapped up in challenging boss fights that demand the utmost twitch reactions and mechanical skill. Any game that demands I learn how attacks with invincibility frames work is a game made just for me. Add a dash of cheesy voice acting like it was right out of a ’90s anime dub job and you have one masterfully executed game.

Every year, I must find some way to celebrate PlatinumGames somehow. So far, I’ve taken the time to mention Bayonetta 2 and Metal Gear Rising Revengeance in my past GOTY lists. This year, it’s going to be Transformers: Devastation.

I won’t claim to be a Transformers super fan. But I will acknowledge that Devastation looks like the tie-in game the cartoon deserved 20 years ago. But the way Platinum makes combat unique in each of its games is such a wonder. In Bayo, it’s witch time. In Revengeace, it’s zandatsu. In Transformers, it’s how vehicle mode is naturally interwoven with Platinum’s trademark character-action combat. Seamlessly moving from an onslaught of fists to a car slamming into a high speed donut is just ingenious. Moving away from making vehicle mode just a form of movement into making it second nature to how Cybertronians fight is such a smart move and makes great use of the tools Platinum has to work with in designing the game. Hearing the likes of Frank Welker as you dodge roll and pound away, steel against steel in sheer adrenaline fueled fisticuffs is the stuff dreams are made of.

Binding of Isaac: Rebirth on 3DS is the purest roguelike experience to me. What you see and get is totally at the mercy of RNJesus. Will I get a homing laser this time or the ability to shoot bombs that explode into a death blossom of bullets? I literally will not know if I will get a good roll, a bad roll, or something else entirely. When it comes to making every experience new, different, and fun, Binding of Isaac: Rebirth is more than capable of providing a unique experience with its hundreds of unique items effects. And this experience can be felt in your home or while waiting in the doctor’s office.

Never did I ever expect to love an oppressing atmosphere. Binding of Isaac can get dark but at the same time, I’m collecting harmless children’s objects as power ups. Darkest Dungeon makes you relish every successful action by constantly bombarding you with stressful crisis management and hopeless situations. Never have I enjoyed a dismayed voice tell me my victory can be trifling as I squeak by with a plague doctor babbling insane gibberish while my highway man is teetering on the edge of death with the slightest breeze doing him in permanently. I take pleasure in thinking I have an incredible party with a grave robber and occultist doing well only to discover things can fall apart quickly when the crusader is shoved to the back of the formation where he’s useless and not tanking any big hits. Healing even just 3 HP feels like a big help when I take every advantage afforded to me with stuns and crowd controlling.

You’ll feel like the biggest badass when your vestal responds to the breaking point with intense resolve and bravery. Then you’ll feel like a middle manager whose paycheck is getting sliced to ribbons when your tank refuses a heal because he’s become hopeless and masochistic, much rather embracing the heat of pain to the intoxicating taste of victory. Even the smallest detail, like your man-at-arms becoming selfish, affects the morale of your entire party. Want your plague doctor to stun enemies? Not without your man-at-arms verbally abusing him for acting out of line.