When it comes to multiplayer shooters, there is always that one guy. You know the type: he’s been playing the game for a criminally long time, and all he does is camp out in some spot and snipe people from across the map. Sneaky jerk.

I’ll admit it, however, sniping is one of the most satisfying ways to make a kill in videogames. It is that all-powerful feeling, knowing you are the god that rules over the battlefield, parsing out judgment to those who dare waddle before you — albeit halfway across the map. Until someone stabs you in the back, it is one of gaming’s most glorious feelings.

What I’m getting at is that sniping can literally be the best part of a FPS. Considering this, there really hasn’t been a game that makes sniping the primary focus. Beside the Silent Scope series, being a sniper is usually just relegated to one of many class or weapon choices. This is where Sniper: Ghost Warrior comes in. Blending elements from many different shooters and stealth games, Sniper: Ghost Warrior ties everything together through the theme of shooting people from a distance.

Follow the jump to look down the scope of my hands-off impressions of Sniper: Ghost Warrior.

The impression I first had about Sniper: Ghost Warrior was that this was basically going to be the Polish-developed version of Silent Scope. I’m entirely wrong, as Sniper: Ghost Warrior is a mostly traditional FPS  heavily focused on sniping elements, so anyone who has the most basic of FPS sniping skills would feel right at home here.

Breaking it down, being a sniper in Sniper: Ghost Warrior entails a whole lot more than just plunking yourself down in a guarded spot and making kills. The game sets you up in fairly open levels, and you’ll be tasked with dealing with the enemies in a very stealthy manner. For example, in the level that I was shown — a nighttime recon mission in a jungle — it was important that the player stay in the shadows and make his shots count in a thoughtful and planned way. If an enemy sees their comrade go down, they are going to find you very quickly, so it’s important that you let groups of soldiers disperse a little before taking shots. There is no automatic health regeneration, so if you want health, you’ll have to book up into the hills to find health kits, and plenty more enemies may be waiting for you. 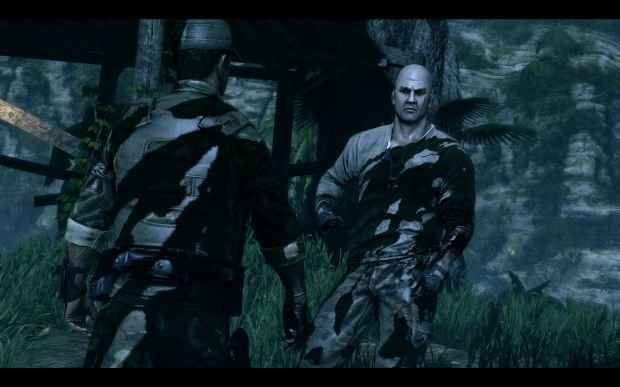 When the scope is lined up onto an enemy’s scalp, there are many things to take into account. For example, every bullet has gravity, so the farther you shoot, the farther it is going to fall. The player character breathes, so the cross-hairs will move up and down with each breath, and his heart rate will change how easy it is to aim. Wind, too, will have a major impact on where the bullet ends up. Easy mode makes this a lot easier, as a second reticule will wobble around below where you are aiming, showing the true stopping point of the bullet. There is also a focus mode for players to fall back upon, where enemies slow down and the aiming is that much easier.

Oddly, it was the fact that enemies can actually see you and respond realistically that was the most impressive element to Sniper: Ghost Warrior. In most stealth games you know that all that stands between you and death is an enemy vision cone that in no way represents real human sight. The great thing about Sniper: Ghost Warrior is that the “vision cone” of the game is insanely huge, so even though you might be hundreds of feet away from an enemy, they are more than capable of seeing you through a crack in a fence, or from across a canyon. It’s a weird little element of the game that I found to be very impressive, something that was oddly realistic. 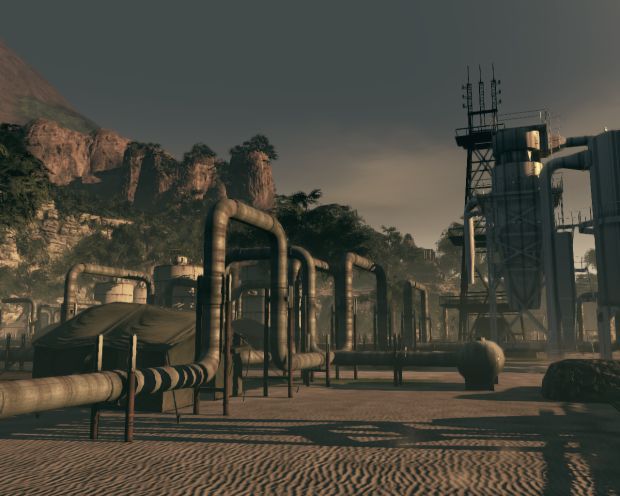 Couple the enemies with the stealth system, and the game begins to feel more like Metal Gear Solid than a traditional FPS. There are three terrain types, and each one has different benefits and ways to cross. Open Field, Tall Grass and Trees/Bushes each offer their own amount of coverage. Sometimes you’ll be crawling through streams and under buildings, so staying out of sight is the best course of action.

Oddly, City Interactive has made the decision to break up the sniping elements with a much more standard shooting “Assault Mode” every few levels. These usually entail rushing into an enemy base or stronghold and blasting away everything that moves. It looks just like every pretty much every other FPS I’ve seen and played, and I’d be worried that they could feel tacked-on. With about 70 percent sniping and 30 percent assault, I’m concerned that these Assault missions might just get in the way of what players really want to do. Hopefully I’m wrong, and they stand up to the rest of the game.

The plot, for there is one, is pretty standard stuff. There is a regime change in some island nation in South America, and you are some American hero saving the day. Standard, but at least the game looks  good. I was shown Sniper: Ghost Warrior on a laptop running Core i7, and while it was chugging a little bit, I was promised that on a game-focused rig it would run just fine, as will the 360 version. Graphically, the game is built with the Chrome Engine, the same one that Call of Juarez ran on, and while it is no Crysis, I have to say the game looks pretty damn good. 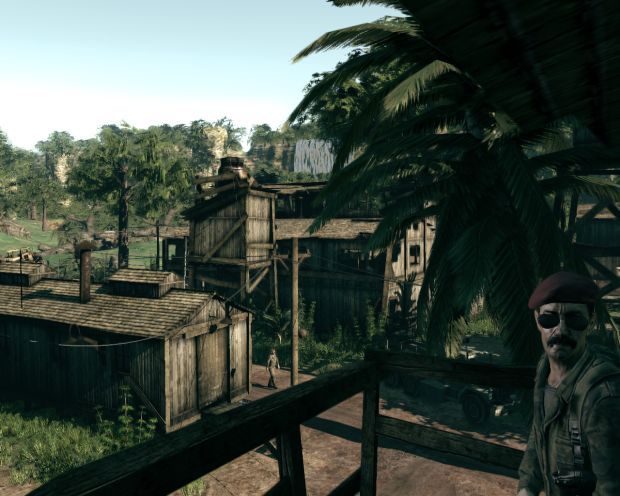 I was not shown the multiplayer, but City Interactive will be making announcements on that soon. With both sniping and assault missions, I suspect the multiplayer will build off of these for less standard modes than deathmatch. Expect more objective-based stuff.

Finally for the good and the bad news. The bad news is, well, Sniper: Ghost Warrior is a short game. If you really know what you are doing, missions can take between 15 and 20 minutes, with the whole game lasting only 8-10 hours. Before the confirmed DLC, that’s only 16 missions. While this is a drag, that only takes single-player into account, though dulling the pain a bit is a budget price of $39.99.