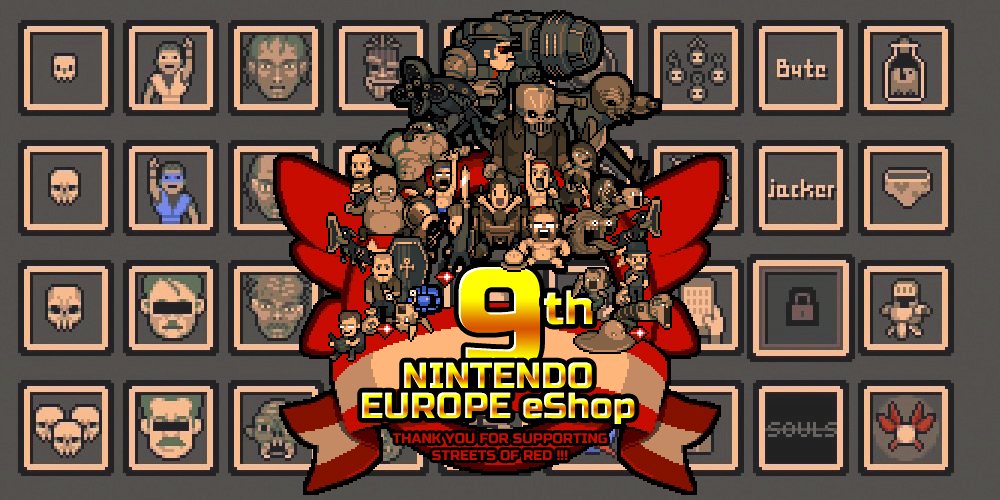 Also, the 20% off sale ends tomorrow

I’ve been providing free advice to the developers of Streets of Red for a little while, so I have something of an idea of what it took for them to get the game a Nintendo console. It’s been at least three years of work, starting with a failed Wii U port, then talks with publishers for a “NX” version, and then finally, the acquisition of a much sought after Switch dev kit. It was hard to say if all that time and money would eventually pay off.

Thankfully, the port made its budget back in 10 days, so it should be on track to do well enough to fund more Switch and PS4 games in the future.

We’ve got a heartfelt comment from the head developer below, which sheds a little insight on their struggles and hints at some future plans. Also, this is the last time in the near future that you can get the game for a few bucks off, so jump on that now if you want to save a couple of clams.

Streets of Red is a tiny game, made by a tiny team from the tiny island of Singapore. Being based so far away in SEA, it was never easy making indie games which are usually targeted at the western audience. Yet after 5 years since I’ve first sat down and decide that this is the game I want to make, the game has finally launch with such positive result I could never have imagined.

Reviewers in general has been really nice to us, giving us a solid 8 or above, often comparing us to Scott Pilgrim and Castle Crashers. Sales wise, it’s more than I’ve dare hope for. In fact, at the time I am writing this, Streets of Red is actually ranked 9th on the  Nintendo Europe eShop best selling chart! Having sold more than 10,000 copies, we have managed to recoup our porting and development cost in just under 10 days.

This is completely unexpected, as one would know if you have been following my twitter account, I have largely refused to look at our sales. Because for the longest time, I just want to enjoy the comments and feedback from players and reviewers, new friends and old ones, rather than sighing over sales I did not have. It was until one game tweeted an image of Streets of Red ranking 14th that I start to realized what happened (That’s not true – I’m still kinda lost)..This is not the end, however. Moving forward, we have some plans for updates, contents and maybe gifts for our supporters. It will take some time, but hopefully soon.