Purveyor of the physical, Limited Run Games, has announced plans to release a physical edition of pretty-looking face-smasher Streets of Rage 4. This edition will be made available to pre-order on PS4 and Nintendo Switch this Friday.

Available in three formats, old-school fans may want to check out the “Classic Edition” which, for around $60, includes a copy of the game, exclusive steelbook packaging, and a fun Sega Genesis-style clamshell case, which would allow your copy of SoR 4 to sit snugly alongside the three previous titles, (that is, if you own a physical copy of SoR 3, Scrooge McDuck). 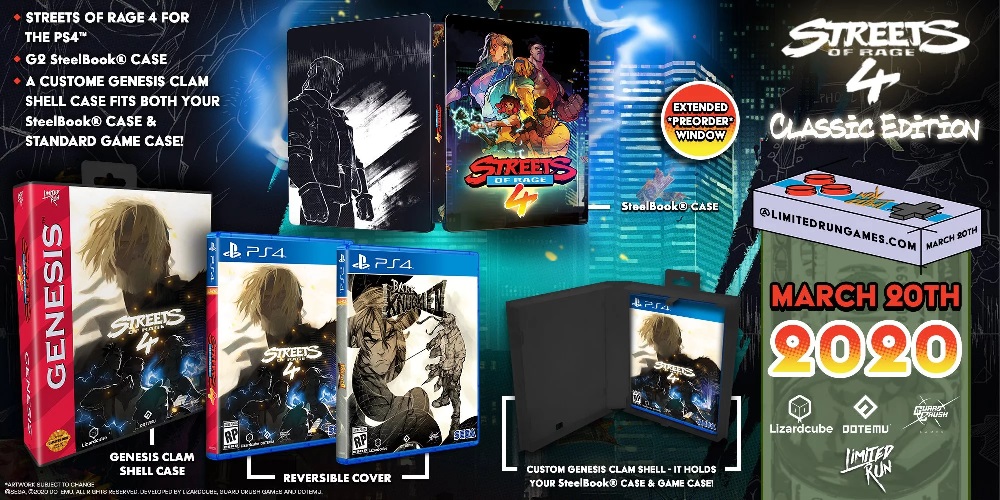 SoR 4 will also be available to purchase in standard format on both PS4 and Switch for around $35. A special “tricked-out” Limited Edition is planned for a later date, but there are no details pertaining to the contents of this latter set as of yet. Pre-orders for both the standard and Classic editions will go live on the Limited Run store  Friday, March 20 at 07:00 PT / 10:00 ET.

Streets of Rage 4 launches this spring on PS4, PC, Xbox One, and Nintendo Switch.