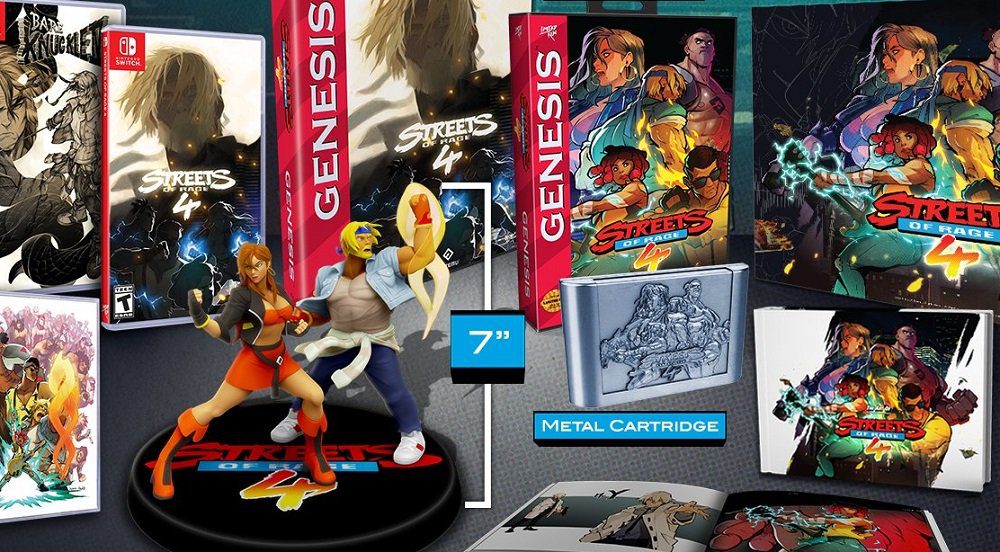 Limited Run Games has finally revealed its Limited Collector’s Edition for brand new brawler Streets of Rage 4, which launches April 30 on PC and consoles. This special set will be made available for pre-order on Friday, May 1, and is expected to sell out in double-quick time.

The Limited Collector’s Edition includes a copy of the game itself in classic Sega Genesis-style casing, alternate steelbook packaging, a fake metal Sega Genesis cartridge, a soundtrack CD, art book, poster, and a seven-inch diorama of heroes Axel Stone and Blaze Fielding. Best of all, this set includes a stress ball styled after a roast chicken. Yeah. The set will retail for around $150.

If you want in on this box set, then be prepared to move fast. Initial pre-orders for the Limited Collector’s Edition will open Friday at 07:00 PT / 10:00 ET / 15:00 BST. A second batch will go live later that day at 15:00 PT / 18:00 ET / 23:00 BST. Players who previously purchased the Classic Edition are entitled to cancel their orders should they succeed in bagging the new set.

Limited Run Games has suggested that the batch will sell out in a hot minute (literally) and that interested parties should ensure they already have their accounts signed in and be familiar with the ordering process before pre-orders open. For more info on the Limited Run Games dynamic, check out yesterday’s exclusive feature on boutique gaming.

Streets of Rage 4 launches April 30 on PS4, PC, Xbox One, and Nintendo Switch.