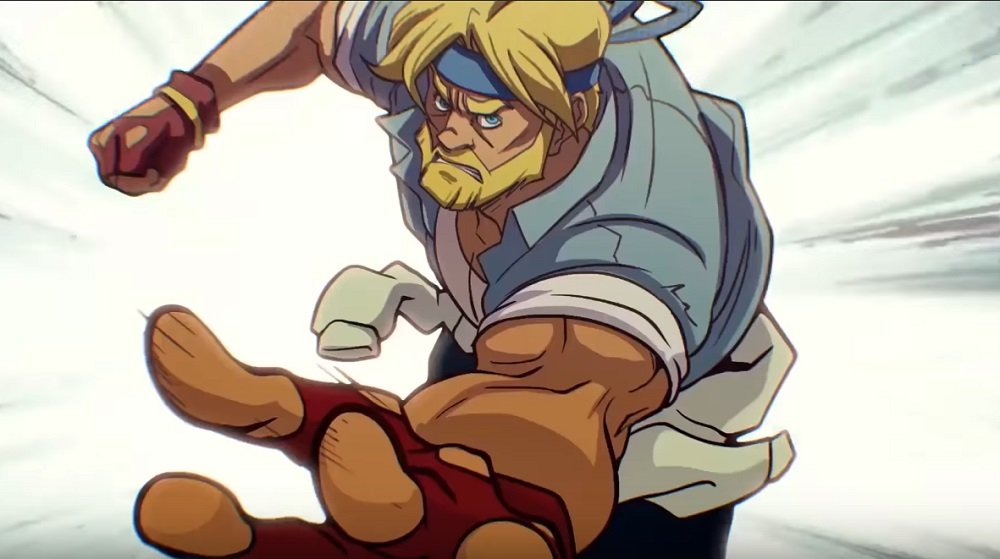 DotEmu has officially announced that stomach-kneeing, skull-cracking, German-suplexin’ brawler Streets of Rage 4 will launch April 30 on PS4, PC, Xbox One and Nintendo Switch.

The long-awaited sequel to the Sega Genesis classics sees the return of vigilantes Axel Stone, Blaze Fielding and Adam Hunter – accompanied by new stars Cherry Hunter and Floyd Iraia – as they return to the mean streets of Wood Oak City, cleaning up crime and fighting injustice in the best way they know how: at the business end of a steel pipe.

The new trailer, posted below, reveals the inclusion of SoR 4‘s “Battle Mode,” that will allow up to four players to pick their favourite hero and face off in free-for-all or team-based combat. As previously reported, Streets of Rage 4 will include unlockable “Retro” options, allowing players to select classic 16-bit sprites, while throwing down to Yuzo Koshiro’s timeless ’90s soundtrack.

Streets of Rage 4 launches April 30 on PS4, PC, Xbox One, and Nintendo Switch. A physical edition is currently available to pre-order from Limited Run Games.

Get ready to become the Undisputed Champion of Wood Oak City with the Battle Mode!