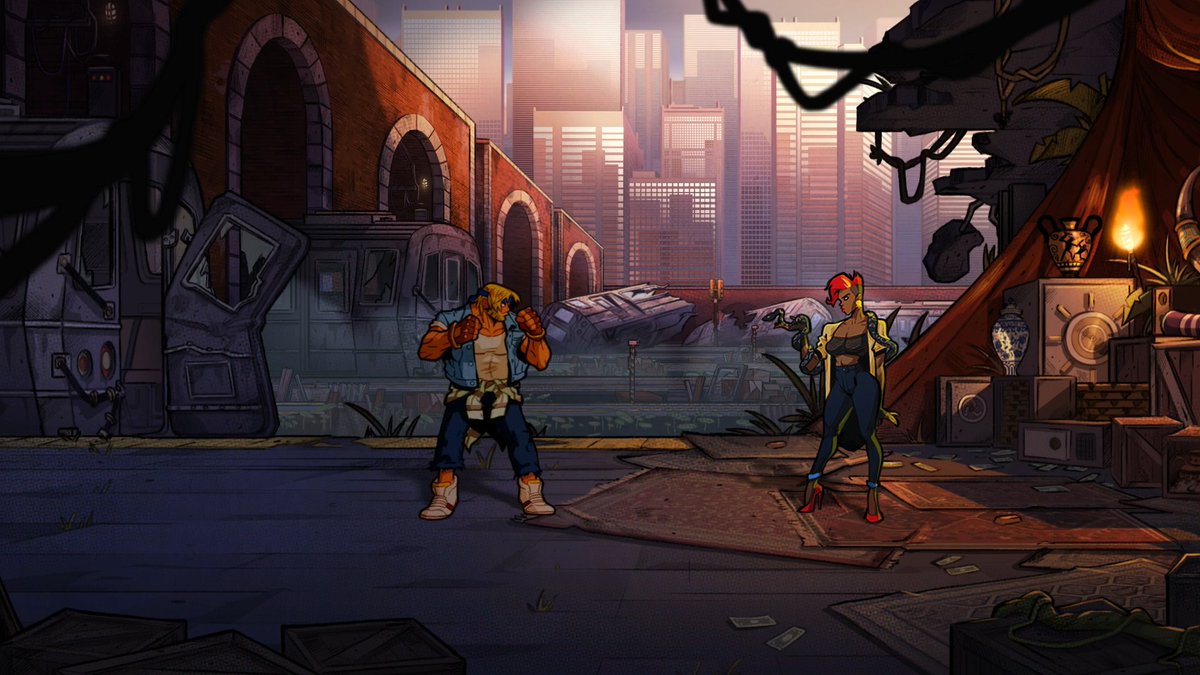 We haven’t heard much about Streets of Rage 4 since its surprise reveal back in August. While this new screenshot dump doesn’t give us many more details, I really can’t get enough of the visual style. I’m a sucker for hand-drawn HD sprites and Streets of Rage 4 is lookin super fine. It just looks so fantastic.

Developer Lizardcube has even shared a six-second clip of the game in motion. Yeah, that is hardly anything, but I’ll take what I can get. I have a huge soft spot for beat-em-ups as I played a crapton of them as a kid. It’s the main reason why I’m so in love with the Yakuza series since it is basically a 3D adaptation of Streets of Rage.

There still isn’t any release date or mention of platforms, but I’m almost certain we’ll be seeing the game sometime next year. That day can’t come soon enough!

And here’s a short gif/video segment of Streets of Rage 4 gameplay (as featured in the @IGN article) #SOR4 pic.twitter.com/ifeZO8qoYA