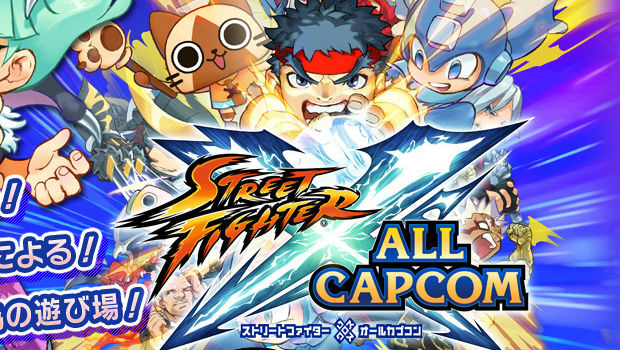 In addition to Breath of Fire 6 and a bunch of other social titles, Capcom Online Games has announced a peculiar addition — Street Fighter X All Capcom for iOS and Android. The banner features a number of different Capcom characters, most notably stylized versions of Ryu, and even Mega Man, so this crossover isn’t just stuck on fighting games.

Capcom has been slowly ditching major franchises other than Monster Hunter and Street Fighter in favor of a ton of mobile games, so this naturally makes sense. My only issue is that if you’re going to do that, at least make them good.

It’s been shown time and time again that it is possible to make quality mobile versions of established franchises, and I really hope Capcom starts going down that path, rather than pumping out constant quick cash-ins.