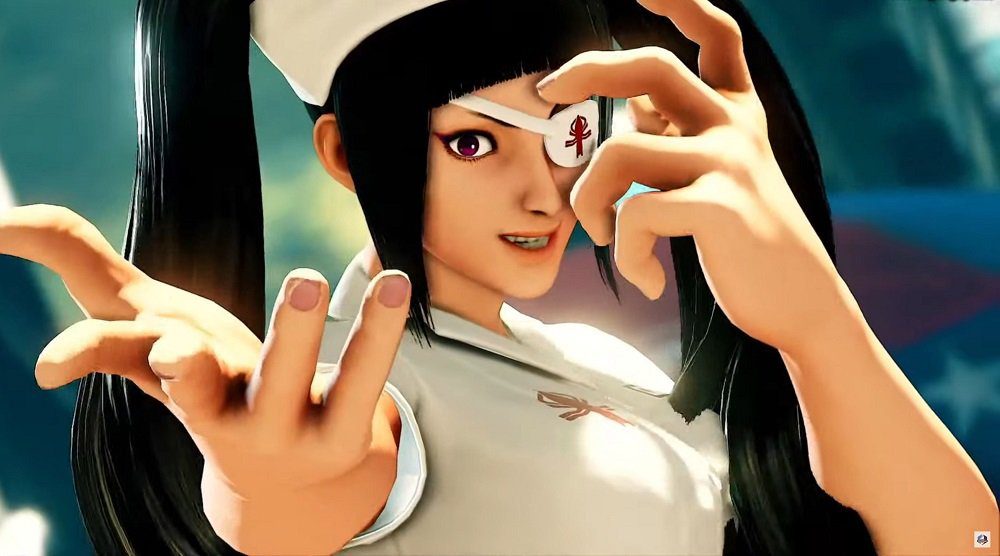 You wait three seasons for Juri to get some decent clobber, and then an entire wardrobe comes along at once. Yes, in addition to the great, contest-winning outfits that dropped just last month, Street Fighter‘s spider-lovin’ assassin is now getting her Kill Bill on as part of a pack of “Professional” DLC skins headed to Capcom’s foremost fighting title.

As revealed during this week’s “Street Fighter V Spring Update,” Juri, Vega (or “Claw” for all you pedants), and Seth will each receive new gear representative of the workforce. Juri is rocking a nurse’s outfit with just more than a passing resemblance to Elle Driver, the deadly assassin played by Daryl Hannah in Tarantino’s 2003 slash-fest. Of course, this outfit also recalls Skullgirls‘ own nefarious nurse, Valentine, so I better name-check her too, lest I get “ACKSHUALLYD” in the comments.

Spanish psycho Vega slips out of his matador-style attire and into a ’40s era suit, complete with tie, trenchcoat, and bandit mask. Frankly, he’s a mere fedora away from becoming The Green Hornet, but perhaps a costume-altering button input will reveal a little more of what’s hiding beneath that overcoat. Rounding out the trinity of togs is Seth, who adopts the same formal wear often seen in the SFIV boss’s cinematics. While I’m definitely digging Seth waistcoat and cravat ensemble, those Power Rangers pants and boots have gotta go, pal.

The Professional costume pack will arrive April 19 as part of the Season V Premium Pass. Alternately, each outfit can be purchased for around $4 each. The same day will see the arrival of Italian psychic Rose, making her return to the ring as the second of Season V’s DLC characters. Street Fighter V might be in its final days, but it’s going out in style.